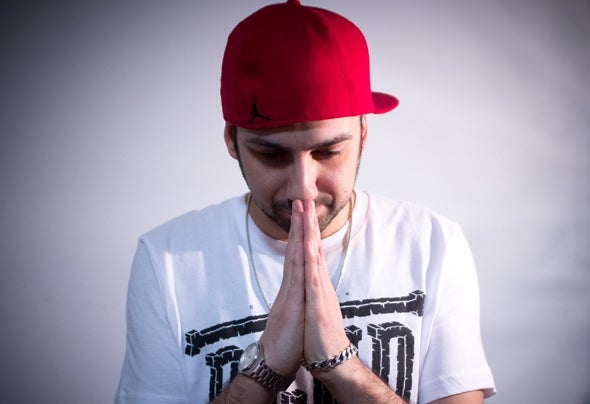 Paolo Ampola aka Sonny Denja is an italian dj and producer, born in Sicily and based in Milan.His sound is composed by tropical and dutch synths, 4/4 beats and heavy basslines: an unique sound which he named “Denja Drum”.“Denja Drum” is also the title of his first official EP, released in July 2016 by Doner Music, label/management founded by the italian multiplatinum producer Big Fish which has Sonny Denja in its roster.The EP contains tracks with the producers The Golden Toyz, MAEKL JORDN, Gheesa and the dancehall/reggae mc KG Man.“Denja Drum EP” is released in collaboration with Flex Up Crew, American future dancehall collective which have in its roster artists like Walshy Fire (Major Lazer), Bad Royale and Sonny Denja himself.“Denja Drum EP” is the most recent step of a journey in which Sonny Denja is building his sound with tracks released on labels like Tommie Sunshine’s Brooklyn Fire (three singles, one of them with Tommie Sunshine himself), Doner Music and Top Billin/MTWAT.A significant collaboration is “Gyal Time”, released on Ackeejuice Rockers EP “Future Dancehall” (Doner Music / Flex Up Crew, 2016) and supported many times by Diplo in his dj sets.Sonny Denja has also a strong background as dj: grow up in the parties Scimmia Pazza in Sicily, where he shared the stage with artists like Steve Aoki, Crookers, Congorock, Autoerotique, Gigi Barocco, Mighty Fools, once arrived in Milan he’s playing in the most important clubs in thw town as Magnolia, Tunnel Club, Q21, Atomic Bar, Dude, Rocket.