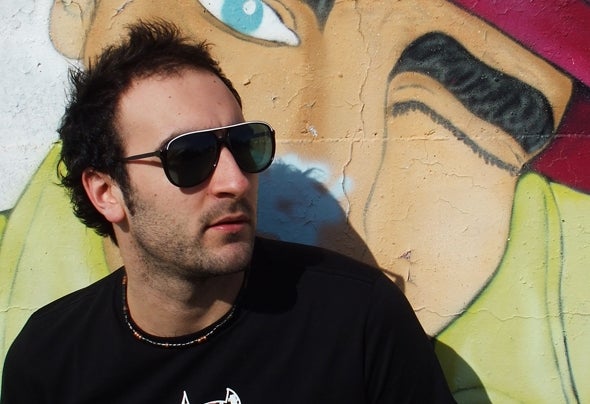 Ross Richards is a DJ/Producer and Co-owner of TUG Underground Records. Entering the professional DJ world at the age of 20 he fast became recognised for his unique style and ability to move a crowd. Ross has performed at many venues including festivals, clubs, underground parties, beach bars and boat parties around the world such as Es Paradis (Ibiza), Mint Club (UK), Juice (Italy), Savannah (Ibiza), Festival On The Beach (Italy), BN3 (Ibiza), Warehouse (UK), Circus At The Sea (Ibiza), Kanya (Ibiza) and Eden (Ibiza) to name a handful.Production wise, Ross is recognised for his exiting and unique production style. His music is played and supported by some of the most respected names in the industry such as:Luciano (Cadenza), Richie Hawtin (Minus), John Digweed (Bedrock / Global Underground), Roger Sanchez (Release Yourself), Dubfire (Minus / Cocoon), Yousef (Circus), Erick Morillo (Subliminal), Bushwacka (Olmeto), T yler St adius (Fabric / Prot on), Dave Seaman (Audiotherapy), Piatto (Italo Business), Orde Meikle (Slam) and many more.In 2010 Ross teamed up with Rob Small and after much preparat ion t he TUG Underground label was born. Not only is the Label a platform for them to release their own music on but also other quality artists. The idea is not to pigeonhole the sound of the label but to simply release only great quality music ranging from Deep House right through to Techno.