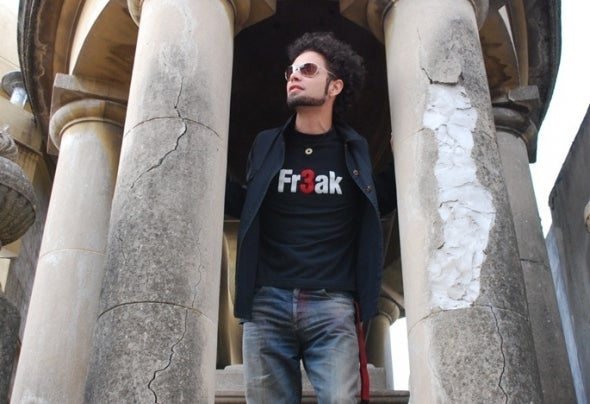 I have been attracted to music since I was a kid. I started listening to rock, metal, funk, soul, disco, reggae, etc. Later on I began to discover electronic music like house, techno, trip-hop, breakbeat, tribal, etc. At the age of 18 I started learning to sing and formed different bands; my current project is called Fr3ak & los Ali3nados, a band that explores rock, electronic and metal. Later on I studied keyboards, djing and production. In the year 1999 I started djing; at the beginning in bars and small parties. Later on I developed my style and sound, mostly influenced by house music: I enjoy playing with vinyls -the format I love most- and my sets are driven by the groove of the songs. At present I’m resident in 2 nightclubs in Buenos Aires, Argent ina. As a producer, I edited for Endemic Digital, System Recordings, Spirit Soul Music, Area Sur Records, Brain Kat Records, RezongAr Music and Eternal Sunday Records and I'm always looking for labels interested in my music...Fr3ak