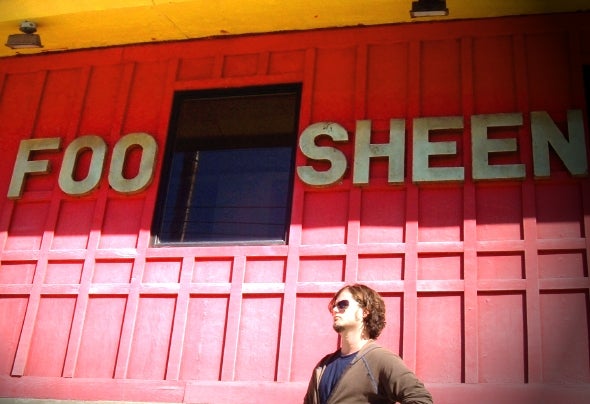 PAT FOOSHEEN starting Djing and producing in 1997 in the birthplace of House Music, Chicago, IL, USA. His first production work began via collaborations with Chicago's DJ Yoshi and the house/techno pioneers Alvin Carr, Lester Fitzpatrick, and Robert Armani. In 1998, they put together an EP released on the Belgian Label Modular Recordings which included four tracks ranging from hard techno and Chicago house to tech-house.Subsequently, Pat put together his first solo 4-track demo which caught the attention of Chris Fortier of Fade Records/Balance Promote. In 2000, Chris signed all four tracks to Fade Records, one of which was licensed to Kinetic Records for inclusion on Dave Ralph's Mix CD Naturalized. This success was soon followed by the signing of two more tracks to Sandy Fox's Inversus label. One of the tracks entitled Invisible Landscape made it to the charts of almost every top DJ worldwide, solidifying Pat's reputation within the underground.Pat Foosheen continued to evolve as a producer in 2001 and 2002. He released a dark progressive house epic entitled Sola Fide which was remixed by Philadelphia's Tigerhook Corp, and subsequently signed to the premier Hope sublabel Polyester Recordings. Continuing on, Pat and part-time studio collaborator Naveen G (Yoshitoshi Recordings) produced two more tracks which were licensed to the UK label Zone. Not one to relinquish his roots, Foosheen continued to delve into tech-house, and released tracks on the UCMGNY label Fiji.Pat's production work from 2003 - 2009 included signings to EQ Grey, Acute Recordings, Chug Recordings, Institution Breaks, Twenty40, Arabica Recordings, and Emote Music. Pat has also been involved in numerous original and remix projects for the tech-house labels Particles and Apollo Recordings (2010-2013).To date, Pat Foosheen has released original vinyl and digital tracks/remixes on over 20 record labels worldwide. Most recently (2015 and beyond), he has returned to his Chicago roots and his first love: Deep House. He has releases on the premier House labels Deepwit, Kommunity, and Movementinsound.Pat currently holds a monthly residency at Proton Radio alongside Naveen G, and their monthly show Darker Shades is one of the longest running and most popular programs at Proton.