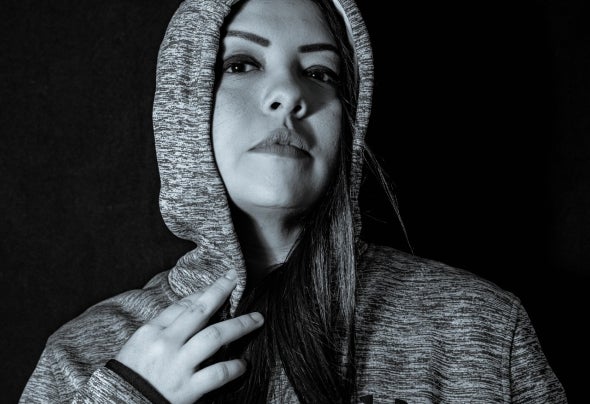 Lizzy M, born and based in the city of Cali - Colombia.He began his career in 2000 being one of the first female and pioneer DJs in Colombia in the Techno genre.At the musical level, he has worked with several artists of international, national and local importance, has an experience of more than 16 years, venturing into electronic music. His sets are characterized by their excellent technique, strength, joy, safety and strong connection with the public. Which has made touch and share the stage with great exponents both nationally and internationally.He has released several albums in various stores such as Beatport, Juno, with international labels such as Funkatronik, Footloversmusic and Technical Deejays Records.He currently lives in Cali Colombia and works in voiceover in his productions, national and international radio and future recordings.