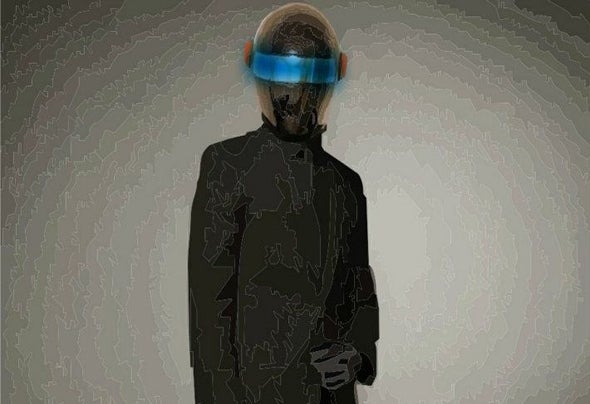 House de la Funk, Computer Engineer, Producer of Electronic Music,Graphic Designer and Media,Audio and Video Producer and Amateur Photographer,born in Pereira - Colombia in 1982, was totally influenced by the French duoDaft Punk at the age of 13 (1995).It all started when he was in company of a group of friends watching MTV Channeland they presented for the first time the video of the hit AROUND THE WORLD.T hat very moment was the beginning of all, it was like electricitygoing through his body and his mind, because just right there started the ideaof initiate into the world of electronic music.He starts to produce at the age of 15 totally influenced by Daft Punk and now,House de la Funk has more than 18 years working on his music, reaching a totalof more than 200 digital tracks, including original mixes, remixes, bootlegs,vs, featuring and more.Around 2000, House de la Funk decides to create a new character just likeDaft Punk did, wishing to make honor to the French duo, his parents and mentorsin the world of electronic music, showing love and respect to them andto what electronic music represents for him.House de la Funk doesn't want to be known as a regular person, he has never usedhis real name, is not interested by fame or money making and that is the reason whyhe created his artistic name and the character that represents him, he just wantsto share the work of his life (his music) around the world and make thebiggest tribute to Daft Punk.