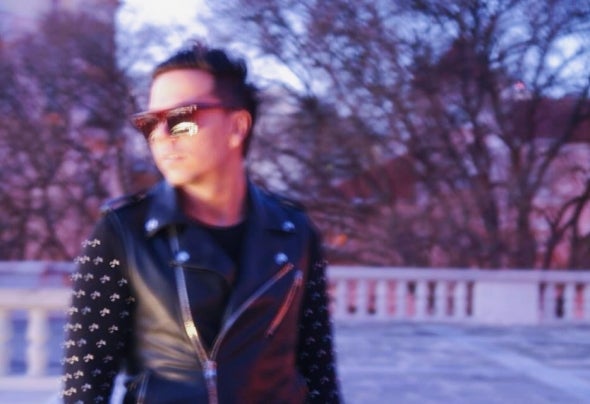 Fabio Miguel Dias de Araujo Paixao ( FABINII ), has soon developed a hyperbolic love for music. Born in 1987 he watched an entire musical revolution with the emergency of new innovative and audacious stiles of the most electronic side of sounds. The very early music classes and being in contact with several musical styles – all made possible through his life and the trips made with his parents – grew in him an interest, taste and extreme knowledge around everything that relates with sound. From Samba to Jazz, from dance music to Portuguese Fado, t hrough vinyl and t ape, cds and mp3s he experienced t he ent ire evolut ion, acquiring ever more passion for his biggest loves: rhythms, melodies, beats, guitars, voices... In this situation it was easy to predict he would have, from early ages, a given posture, opinion and strong standing on every new thing being edited or launched to the market. This lead him to prematurely attend several concerts, raves, festivals, clubbing and everything else in his endless search for more. As a dance floor lover he developed a strong connection with more futuristic genres, electronics kind, the so called “Disco Sounds”. After years immersed in that world, where he had so much fun, made friends for life and lived unforgettable experiences, he ambitiously decided to go even further (has he got us used to since early age). He decided to make something to all of its musical knowledge and capacities in the world of music and started getting involved in everything connected with Dj, musical production, event organization and public relations. In 2007, through self-advertising, he launched himself in the market as a DJ and, to better use its creativity, signed in a program of electronic sound engineering and production. Easily he conquered people and proved his musical resourcefulness that kept growing since early stages, allowing him to adapt to different demands and kinds of audience, environments and ages, providing him a fast expanding in the world he is in. After all, not all the DJs are so in love and well knowing of multiple electronic styles as Fabinii is, let alone of the mastering of the necessary making and mixing techniques. In electro, house, minimal tech, progressive trance and even psychedelic, “the kid put THE DANCE FLOOR TO BOIL! Recently, after playing in some of the best night places (and gaining residency in them) and parties throughout the country, side by side with some of the greatest, he is proud of his continuous growth as an artist. And he promises new projects for soon. Adding to all the sets, remixes and constant actual promos, he will soon edit his own tracks in which he has been working in for so long. With the known audacity he starts a new path! Now he produces is own music that thrives out of hot rhythms of techno, techouse and House music, supported by some of the biggest names in the electronic music scene. In conclusion, one of the best revelat ion DJs at t he moment and clearly one of t he big promises in the future of electronic music!!! DISCOGRAPHY :Children of Ecstasy - Monog Records Disco Pimps - Bulldozer Records Malcom X - Bulldozer Records Limitless - Bulldozer RecordsIncept ion - Feierkind RecordsInception - Fabinii's Sweet Dream remix - Feierkind Records Floathing Ecossystem - Flapper RecordsAmazonia - Crossborder RecordsPuppet Master - Kraft RecordsEnter the Void - Kraft RecordsMassive Dynamics - Code2 RecordsMassive Dynamics Wallternate remix - Code2 Records Here Comes the Music - Code2 RecordsEasy Love - Lo Kik RecordsBack to time - Lo Kik RecordsThe Quest - Feierkind RecordsJourney - Feierkind RecordsCandy Man - SoulShift Music