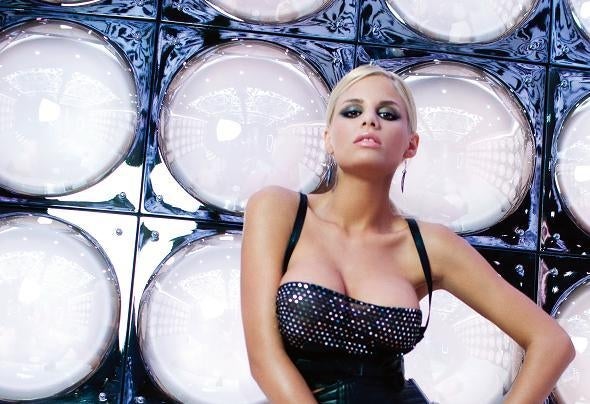 Vikroia's carrier started end of 2006 in Hungary, in best clubs of Budapest... Since 2009 Viktória is one of the most booked DJanes worldwide, with around 100 shows per year! First remix jobs followed for Roger Sanchez with "Get Together“ (Stealth Records) and Denis The Menace vs. Chris Montana with "Spanish Hustle“ (Subliminal Records). Viktória is now playing in the hippest and most exciting venues of the world, like Dubai, Rio De Janeiro, Sidney, Oslo, Paris, Madrid, Chisinau, Moscow, Milan, Kiev, Las Vegas, Berlin, Munich, Stockholm, Taipei, Seoul, Helsinki, Ibiza and Miami.In March 2011 Viktória is mixing and compiling the new Ibiza World Club Tour Vol. 2 CD compilation. Shortly afterwards she releases the song “So Amazing” with the voice of Mitch Crown on the famous Dutch label Spinnin Records (incl. official music video: http://www.youtube.com/watch?v=0NcTc- gtI5k&list=PL5A3DE8A2DABAD522&index=4&feature=plpp_video). In the meantime Viktória adorns the Playboy cover in 11 different countries (like Mexico 2009, the Netherlands 2008, Ukraine 2008, Colombia 2009, Spain 2008, Croatia 2001, Hungary 2007, 2008, 2009, 2010 and also the Crotian and German Playboy in 2011).In the same year Viktória became resident DJane of the Spanish party cult brand SupermartXé. From now on she plays yearly Ibiza residencies at Ushuaia Beach and Privilege. Furthermore one of the most famous clubs in the world, the Marquee Las Vegas invites Viktória for 2-3 times per year to play alongside superstars like Avicii, Afrojack, Chuckie or David Guetta. At the end of 2011, she is doing the German fashion campaigns for FHM and Maxim (including front cover) and she is also playing the exclusive Jim Beam (RedStag) Club Tour in the best cities & clubs of Germany. 2012 will be the best year for Viktória so far. Star DJ & producer Roger Sanchez is offering her a production cooperation, starting with the first song Roger Sanchez & Viktória Metzker feat. Nalaya Brown “Come So Far” (coming on Stealth Records). Moreover, Viktória is releasing a new music single with Lea Lorien (singer of Grammy winner David Morales), with the title Viktória Metzker feat. Lea Lorien “Find A Way” including official music video (here is a preview of the video: http://www.youtube.com/watch? v=nnSqX7AC4BM&feature=plcp).2012 – what a year! Last but not least, Viktória was doing two other new releases. One with Taylor Inc & Viktória Metzker feat. Kasai “Music Is On” which will be released on the German label Haiti Groove Recordings and the second one with the title DJ Junior & Viktória Metzker “Summer Breeze”. At the end of 2012 Viktória will be also headlining the world-renowned FASHION TV events. 2013 is ready to come.