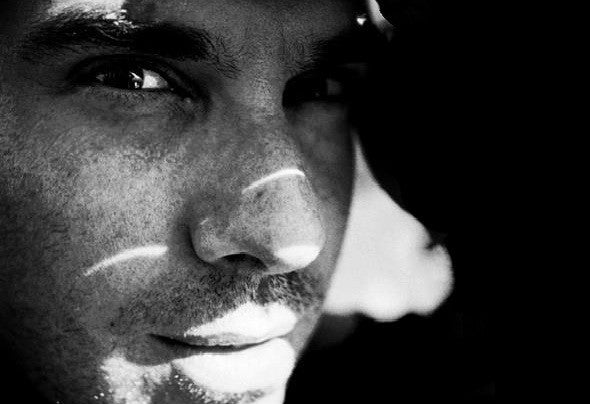 Dave released his first production in 1998 as he founded the label “Paparazzi records” with the excellent & mysterious Clive Jenkins alias Evil C. on which he produced, among others, the tunes “Club Honey”, “Soleil” and "Get Up".At this point Dave’s personal sound is already beginning to take shape ; strong lows and big samples backed with tough beats for the dance floors. The Paparazzi label, and more specifically releases “ Hacking the Disco-Tech “ and “ Terrasse “ benefit from support by Sven Väth and Laurent Garnier.When Dave the Hustler meets Felix da Housecat in 2001, they develop a close friendship, and work together on “ Kittenz & Thee Glitz ” Dave co-writes “Silver Screen” (Shower Scene), “Happy Hour”, “What does it Feel like” and the famous remix of «Motor Inn» by Iggy Pop which propels them to a nomination for a Grammy Award in the “ Best Remixed Recording, Non-Classical “ category during the 47th annual awards.In parallel Dave is introduced to Cassy who moves to Switzerland for a while and they record «Her Dream» and “More than This” for Mental Groove records, the former of which is remixed by David Carretta and Patrick Pulsinger.Dave continues his studio work with Felix da Housescat in 2004 for his second album “Devin Dazzle & The Neon Fever” more specifically the songs «Watching Cars Go by» and a production with Juliette Lewis called “Sweet n’ Low Tokyo”. End 2004 and 2005, Felix brings Dave on to work with P.Diddy on production of “Jack U” ("Jack U vs. I'll House You"). At this point Dave moves in with Tyson Ziebarth (Virgin Tears, Deth Hertz) in San Diego and works with the Virgin Tears on remixes and productions (Loudhailer, Ladytron).In 2006, another project with friend Paris the Black Fu brings Dave back to Switzerland and work begins on “Filth n Dirt” project. Two releases - “I81u812” (remixed by Hervé, Trevor Loveys) and “Go Ahead” (remixed by Vitalic), hit the streets and Dave and Paris compose more songs, available on the Pubahs album Madd Circus.2013-06-19 03:35:55 davethehustler@gmail.com Dave The HustlerDave joins Kate Wax for her “ Dark Heat “ tour as her drummer in 2006/2007, and remixes her own “Cash on Time” (Mental Groove).After the release of his collaboration with buddy Lad : “Era Bulgaris “ on on Lee Van Dowski’s Num records in 2007, Dave has twin girls in 2009 and decides to take a family break.2010-2011 Dave returns by way of Detroit Grand Pubahs' Madd Circus album with songs "White Pigeon", remixed by Motor and Orlando Voorn, and "Breakfast in Bed" released as a third single. Dave has also remixes the song "Maybe I Do" from the same album.In 2013 Dave The Hustler will release new material on a digital incarnation of Paparazzi records.