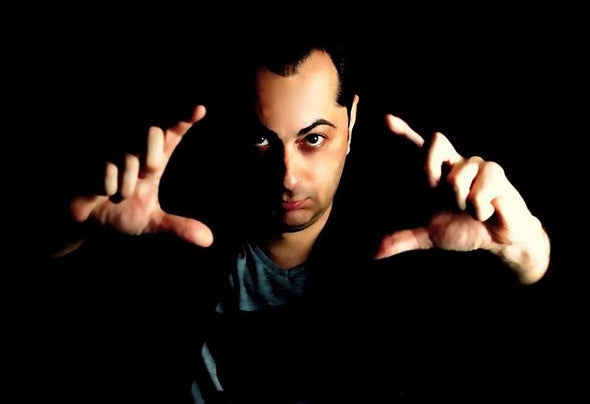 French artist, dj, musician, and major producer of electro/house music, Christophe Fontana is far more than the ordinary dj.A true showman, Christophe not only offers a traditional dj set, but also a live show integrating musical instruments including guitars and synthesizers.This well rounded dj always stands out for his dynamic and lively sets and commitment to his clubbing audience.A devoted artist, he is also the creator of charitable French events including the “Clash Party,” “Inferno Tronic,” and the “Solidarity DJ,” which aims to gather artists for a night to collect food donations for the “Restaurants du Coeur,” a French charity founded by Coluche.Showing no signs of rest, DJ Christophe Fontana is the current dj resident of [N] joy, a prominent club in the South of France owned by the international DJ Christian Sims, a key figure of the European nights. Christophe is also featured on the European stage.Above all, Christophe is a talented music producer, playlisted by dj’s worldwide. His music has been featured on French Radio, Fun Radio, and Radio FG and is regularly ranked top on the “Yacast Club France.” His music continuously tops charts as best selling songs on various downloading platforms.Christophe has collaborated with international artists including Axelle Parker, Christian Sims, Ealam, John Revox, Kymai, the Quebec Singer Danyka, and American singers, Akil Wingate and Jonny Rose.Most recently, Christophe has worked with funk singer, Ricky Bailey, of the famous “Delegation.”One of the greatest artists, Christophe is often featured on French music channels including Clubbing TV, M6 Music, and MTV. His music is also featured on international radios including NRJ Montreal, Fun Radio Reunion and many more. Recognized for his skills as a producer, Christophe is now asked to produce for other artists, sometimes under pseudonyms in all musical styles.Today, his electro artistic technique featuring both visual and audio, unique and unusual, and with the ability to move crowds in all environments, Christophe is sure to electrify the American South dance floors. Artist Bio