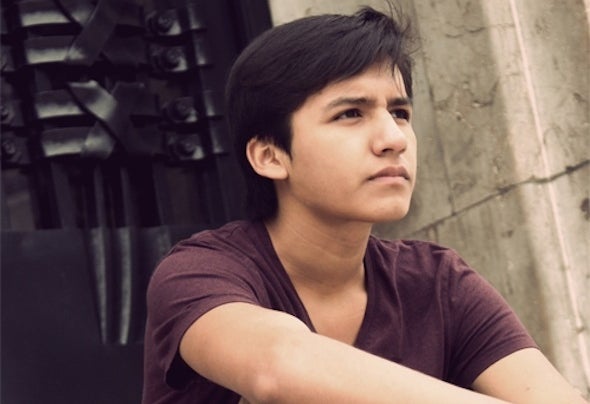 I am Arie Moises, a music producer. I am looking to go beyond contemporary musical aesthetics by focusing on the emotions that are within situations of the everyday life.I do not want people to only dance to my music but also to encourage them to think in different ways through music.My nickname, ARMOR, was originally born from ARMO which is the union of the first two letters in my names,Arie Moises. Later, it developed into ARMOR for its meaning in English, as an armor of the soul, a way to protect your feelings and feel identified with the music. Like being in a room where you can express yourself with freedom. Despite the fact that I am not a person who is known for his social skills, I can understand the emotions personally and interact and transmit them.I started my career at age 12. I cannot say that I really liked the music before that. I did not find it to be something special. It was not until I had a stereo in my room that I started to listen to music. At first, I started listening to an album of classical music and discovered its ability to express feelings accurately. I was even more interested in music when I found remixes of classical music in the internet. These remixes opened my interest in electronic music as a way to express feelings just as classical music does but with a contemporary eclecticism that communicates emotions better than other genres do.My creative process involves several stages.First, my inspiration comes from my observations of people and their reactions to different situations. I like to observe all that I do every day, every moment, every person and life, and how people’s feelings affect my life and mine theirs. These observations lead to my attempt to capture moments and make them audible.Then, I start producing. Production is a very complex process. I start by experimenting with synthesizers that describe well the feelings I am seeking to transmit. Usually, they are opaque in the melody and they contrast with high notes. The melody comes next, which is where the communication of feelings and emotions is more direct. Then, I integrate tools and sounds to create an environment, such as pianos and atmospheres. At the end, I work the beats in.It is at this time when I start to involve listeners as part of my production. I ask several people to listen to what I have done so far, and I ask them what they felt or what the song reminds them of. From there, I work the song until it accomplishes its purpose.My proposal is to make audible and noted that electronic music is just that– music. Therefore, electronic music is art, and it has to be analyzed as such. I would like people to stop categorizing electronic music as a work that doesn’t involve feelings or that doesn’t impact a person. It is the complete opposite. I would like to show that electronic music is art and essence.I find music as a way to communicate horizontally and vertically.Horizontally meaning that I seek to communicate with the people that hear my music, with their feelings, and help them reflect. Vertically, meaning that I seek to communicate my feelings, my reality, my devotion, and my hope to God.I seek to change the concept we have of electronic music, and to make a difference in the artistic creative process through my music and how I write it.My job is to lure people through music into thinking and reflecting.My music can be listened in a room, in private, to communicate and connect with the self. Nevertheless, it can also be listened to in a large gathering, a party, a rave, and move people in different ways as they find different meanings and they connect personally to the music. Music can always make people feel something in the soul that moves and makes them think there’s something more, a hope. Also, indirectly, music is a connection between the person and God.My music speaks of hope and freedom, no matter what the initial feeling of the work is (happy, sad, stoic ...), I always try to communicate to people that there is something more, something that moves us and makes us enjoy. That there is a hope of absolute freedom.Hence, my music is progressive because it allows me to involve all the emotions in a single composition– from a low point to the most effusive and cathartic point.