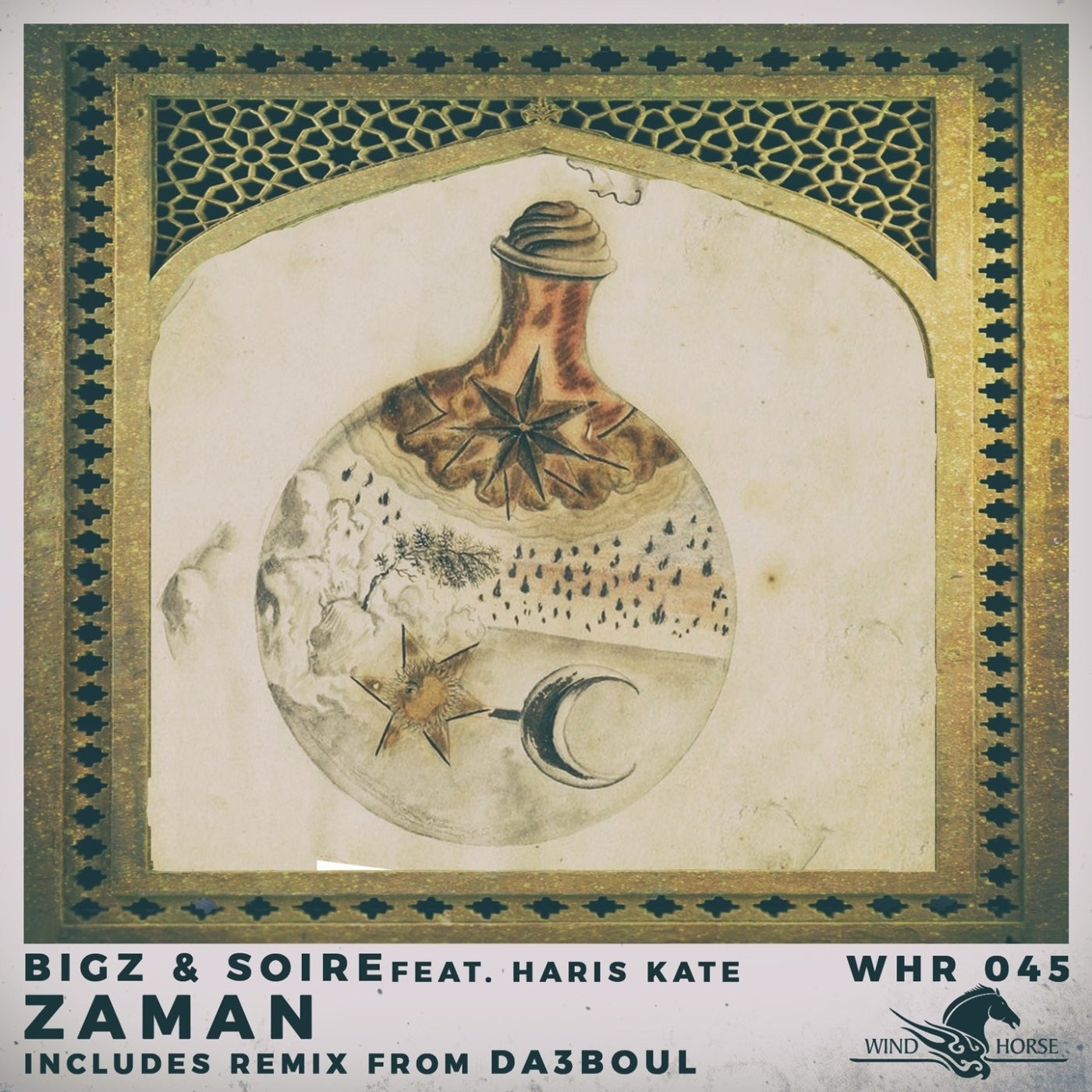 Wind Horse is privileged to welcome the Lebanese DJ/Producer - Big Al, once more to the stables of our nomadic journey through euphonic global soundscapes. After the success of 'Eastern Lights', his debut EP on our label produced under both aliases (Big AL and BigZ) in collaboration Below Bangkok, he's back with his first solo EP titled - 'Zaman'. The EP attempts to mirror his ethnic Arabaic roots in syncopation with his signature sound.

An Arabic phrase, Zaman stands for 'Era' and aptly so. The veteran's triple treat has a seductive Eastern vibe to it, shrouded in sonic mysteries. The EP is markedly distinct from his usual catalogue and comes through in the title track 'Zaman' which is co-produced with good friend Soire and features Greek producer, Haris Kate. The track begins with a simple yet punchy kick drum, complemented ably by hi-hats, snare and other percussive elements. The texture and the atmosphere of the track are what bestow it's distinctly middle eastern aural pallette. The track meanders with purpose, only to find it's way home - into your soul. Bubbling baselines adds energy and enthusiasm to a spectacular opener. The icing on the cake is laid out by cleverly placed string stabs.

Da3boul illustrates his idea of the perfect remix with a subtle yet groovy rework of the original. Layers of intelligently crafted percussions tie-in with the original vibe, lending the track a slightly more energetic personality. Hazy ambiences and environs are assisted by synthastic compositions that would certainly get a dancefloor curious. The track also boasts, a hypnotic breakdown that leads into a simple yet powerful drop that's sure to excite crowds of any size or form. Warm-up , intermediary or main set. This track can be used as a weapon or as an appetizer for what's to come and is a definite must have!

The triad re-unite for 'Tarab' - the last track of a pulsating EP which is more or less in the space as the rest of the EP. Similar but not the same, this track appears in and out of different moods willingly. A soothing pad delivers a sense of calm and 'other worldliness' to the entire ensemble while accompanying no-nonsense drums and patterns. Layers of Arabic chords reveal themselves overlapping each other and wrapping the listener's ears in a cocoon of melodic goodness that only get better. The track also has a certain dystopian feeling to it, adding to its intrigue.

Rounding off yet another excellent piece of songwriting and composition from a DJ/Producer who has released on more than 100 labels worldwide through the course of his career under several monikers. There's a lot more in store so watch this space!