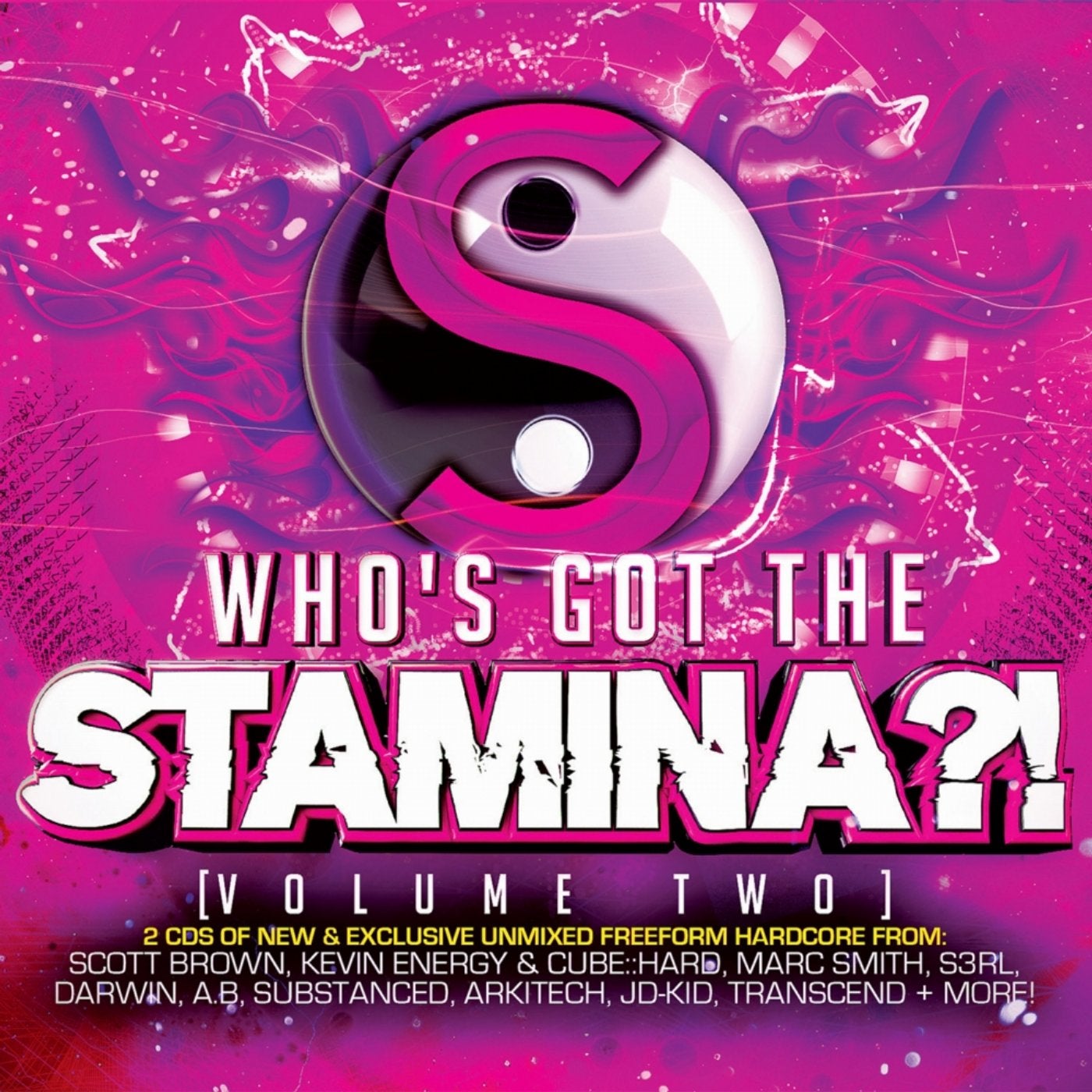 We're BACK! Bigger than ever, flying the purple flag high with pride and ready to rock underground raves to their very foundations, our flagship unmixed album series has returned from its maiden voyage. Revitalized, refreshed, but never rehashed, our sequel is fully loaded with two more mind-blowing CDs of the most epic Stamina Records audio imaginable. Your no.1 freeform hardcore label just got even more awesome, with 'Who's Got The Stamina?!' [Volume Two].

Once again blurring subgenre boundary lines, 'Who's Got The Stamina?!' [Volume Two] offers 22 outstanding tracks for those with enough of the purple stuff to handle cutting their own trend. Harnessing the firepower of hardcore heavyweights such as Scott Brown, Marc Smith, S3RL and Darwin, alongside freeform's finest fighters including Substanced, Transcend, Arkitech and A.B - plus with class acts like jD-KiD, Jakka-B, Alex BassJunkie and more enhancing the variety further - Stamina Records' 2nd solo compilation is a weapon to be reckoned with in the war on bland and banal, identikit albums.

So lock, load and take aim as the ultimate power of the Yin Yang descends again, uniting the underground by fuelling the purple flame of diversity. One scene, many sounds, captured perfectly, by the only compilation that lets you know, just 'Who's Got The Stamina?!'