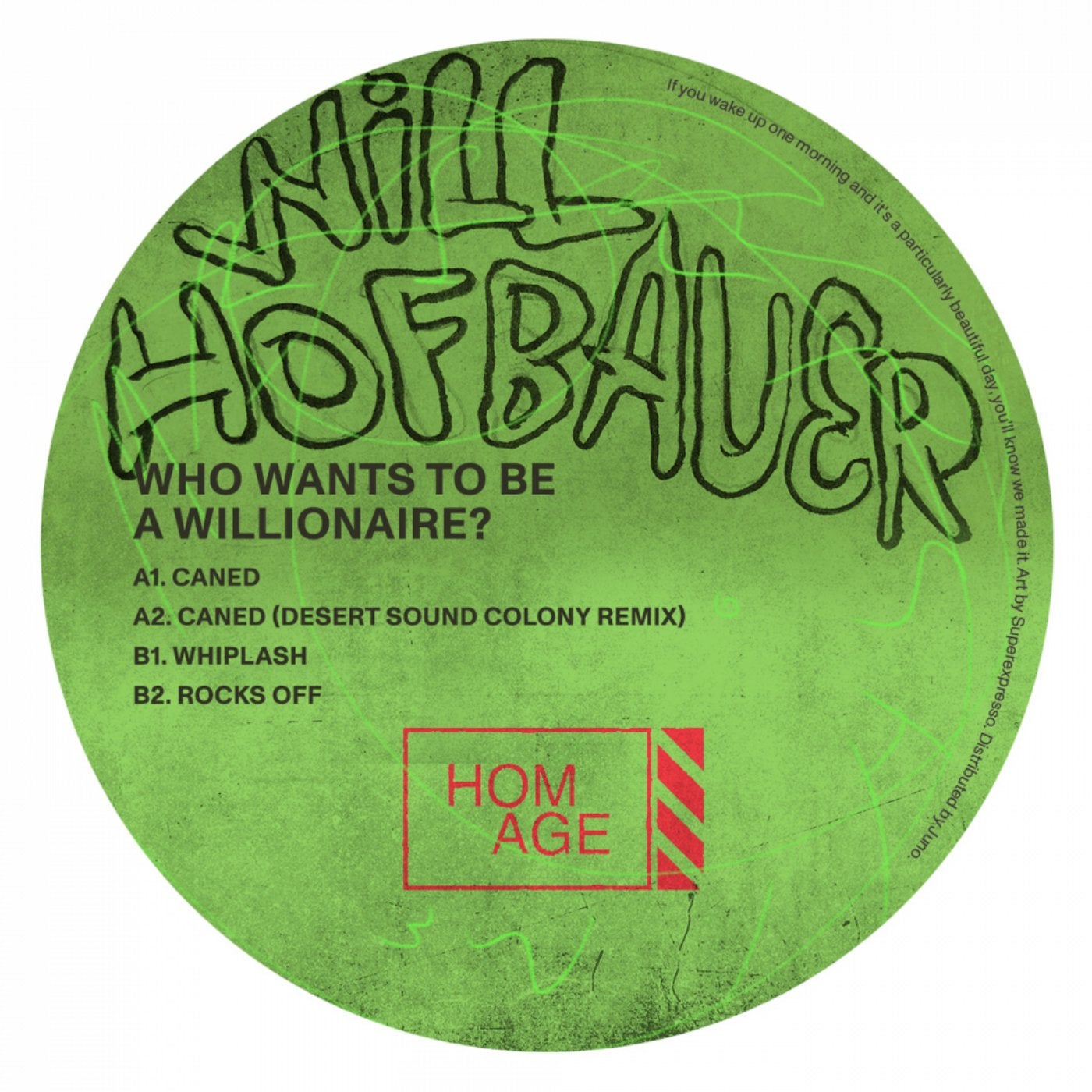 London's Will Hofbauer has been steadily making a name for himself in the UK capital over the past few years via his own Third Place Records and Co-Select, an event series he runs alongside his collective with a focus on gender equality in DJ Culture, curating back to back sets with balanced representation. Here we see Will mark a new milestone in his career with his production debut via New York's HOMAGE Records, while hotly-tipped producer and DJ Desert Sound Colony steps in on remix duties, known for his material on labels such as Scissor & Thread, Me Me Me, Futureboogie and of course his own Holding Hands.

The original mix of 'Caned' leads the release, laid out over six minutes with crunchy off-kilter drums, gritty distorted bass tones and wandering arpeggios all dynamically unfolding and evolving throughout. The Desert Sound Colony Remix follows next (seeing early support in from Bradley Zero, Gilles Peterson and Tristan Da Cunha), the fellow London-based artist stamps his own mark on things with a UKG tinged vibe via heavily swung drums, heady synth flutters and a menacing bassline all weaved together amongst the shuffled groove.

'Whiplash' follows next, fusing choppy amen breaks and bumpy broken drums alongside bubbling synths and an infectious vocal hook before 'Rocks Off' rounds out the release, this time around embracing a raw 4/4 approach rhythmically while a stab-led bass line, vacillating resonant synths and airy string sequences further fuel the murky, hypnotic groove.

Who Wants to be a Willionaire?