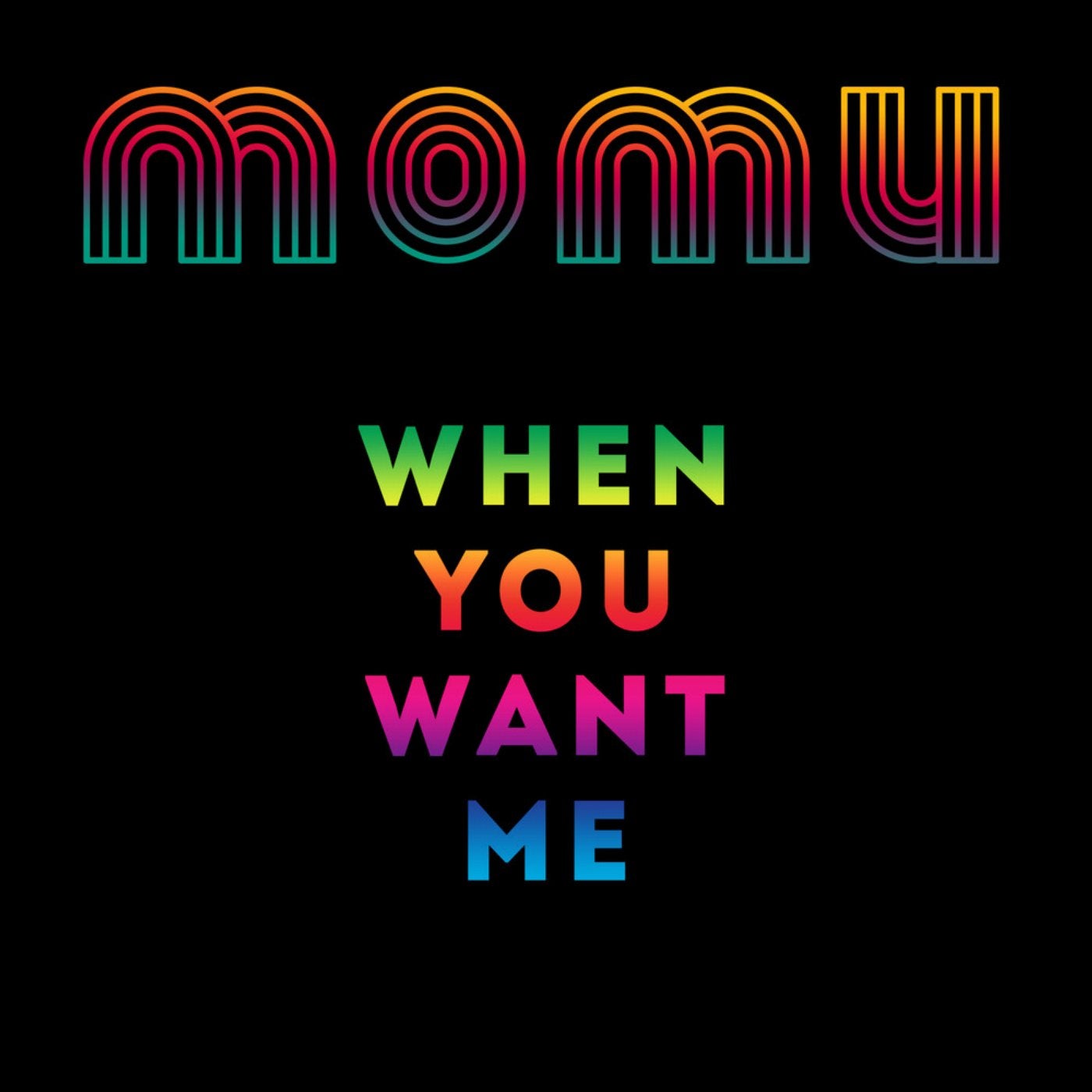 ABOUT "WHEN YOU WANT ME"
Momu comes up with another track that's so original it's hard to classify. It's breaks to be sure but there's a big room house quality to this record that sends it over the top. Stomper! Excellent remixes from San Francisco electronic music pioneers and label founders Jondi & Spesh, Mioli Music's Emanate, and the newly formed Molecule, the creative brainchild of Brian Stillwater (Stilllwater Artisanal Ales) and Don Corrieri (Phuturetrax).

ABOUT MOMU
Momu is J.D. Moyer (the MO) and Mark Musselman (the MU). Championed from the start by the world's top DJs such as Nick Warren and Sasha, Momu immediately made a name for themselves with ground-breaking breakbeat singles that helped create the "progressive breaks" genre.

In 2006 Momu released their debut self-titled album to stunning critical acclaim. M8 Magazine said "you'll struggle to find anything as perfectly formed as this collection from breakbeat visionaries Momu." Spill Magazine opined "An absolutely cracking album from start to finish, there's not even a whiff of disappointment in this longplayer." 2008 brought the release of Momu's follow-up album Momentum. Unfettered by anything except the breakbeat form itself, Momentum broke the "progressive breaks" mold, but Momu's signature sonic weirdness, insanely high production values, and larger than life hooks were still front and center.

Momu's most recent album Move is a Beatport Top 10 return to progressive breaks, the genre Momu co-founded along with likes of Hybrid, Grayarea, Fretwell, and Habersham.

When You Want Me