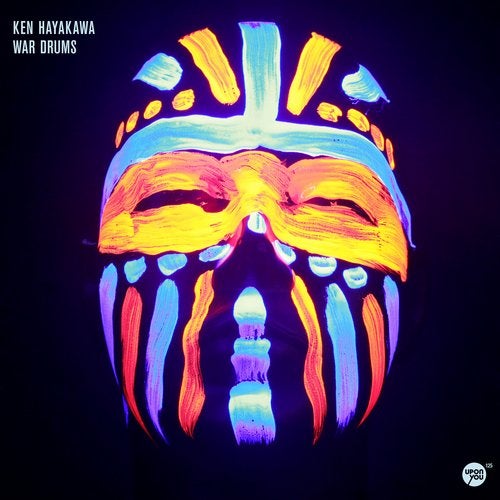 Vienna calling! These days we see the Austrian, Salzburg-born producer Ken Hayakawa unleash his label debut War Drums via Upon.You Records, a first for the classically trained ex-skater who has left his mark on various electronic music imprints like Schönbrunner Perlen, Liebe*Detail, Kaato Music and many others in the past.The original version of War Drums, the title singles track, is a fascinating one from the very start, presenting a wobbly, ever shifting, meandering synth melody which keeps our senses busy with a lot of stereo field wizzardry accompanied by intense Spoken Word poetry and a beautifully arranged bassline a combination which makes this one stick out and defo works in favor of War Drums gaining a future classic status immediately after its release.With Frozen, the second original track on Ken Hayakawa's label debut, the artist provides a warm and organic take on rolling TechHouse basslines, garnished with what seem to be waves washing ashore, carefully layered string sequences and a Trance-inducing main motif preparing crowds and dancefloors for an ultimate lift-off.Furthermore we see War Drums being remixed by theJapanese mainstay that is Hiroshi Watanabe, also known as Kaito to many, who is presenting a very distinct take on the tune with his version which caters a carefully balanced mixture of pumping, precisely compressed bassdrums, technoid synth sequences and Ambient-resembling, slowly floating harmonies falling together in a 'troity, highly captivating way that combines pure dancefloor functionality and well thought out musicality to an epic, even cinematic effect.