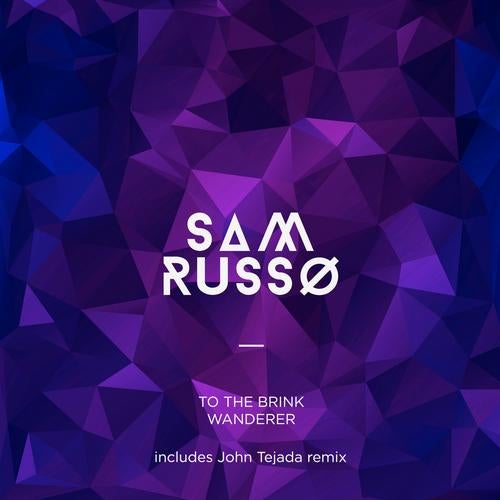 London-based producer, Sam Russo, drops the Wanderer EP via the Air London imprint this October, backed with a remix from the ever on-point, John Tejada.

Sam Russo has been a prominent name on the London circuit and further afield over the past few years, having racked up a string of singles for reputable imprints like, Leftroom, Classic, Fear Of
Flying and Surface. To The Brink is the first of 2 incoming Russo records on air london, which come amidst a run of releases promising to define the young producers standing in the game. September's release on Vitalik, pre-dates To The Brink, and then theres a debut for Sam on Craig Richards Nothing Special imprint in the pipeline for autumn.

Title track To The Brink kicks things off here, and Russo opts for a warbling arpeggiated synth chord as the driving force, running alongside gritty drum samples programmed in a bumpy, off-kilter fashion.

Things steadily bloom in this state as the envelope of the arp line subtly blooms, dark, low-end tones are worked in, and the latter stages introduce glitched-out atmospherics, adding a further weight to an already infectious, energetic record.

Last up to close the release is John Tejadas reshape of Wanderer, as with most things Tejada puts his ears to, the interpretation is unique and instilled with a rugged production appeal. John turns in a stunningly contrasting mix, bringing his own punchy 808 drums to the table, while an evolving acidic style synth and snippets from the original number run throughout, with a heady, tripped-out feel embodied.

To The Brink / Wanderer