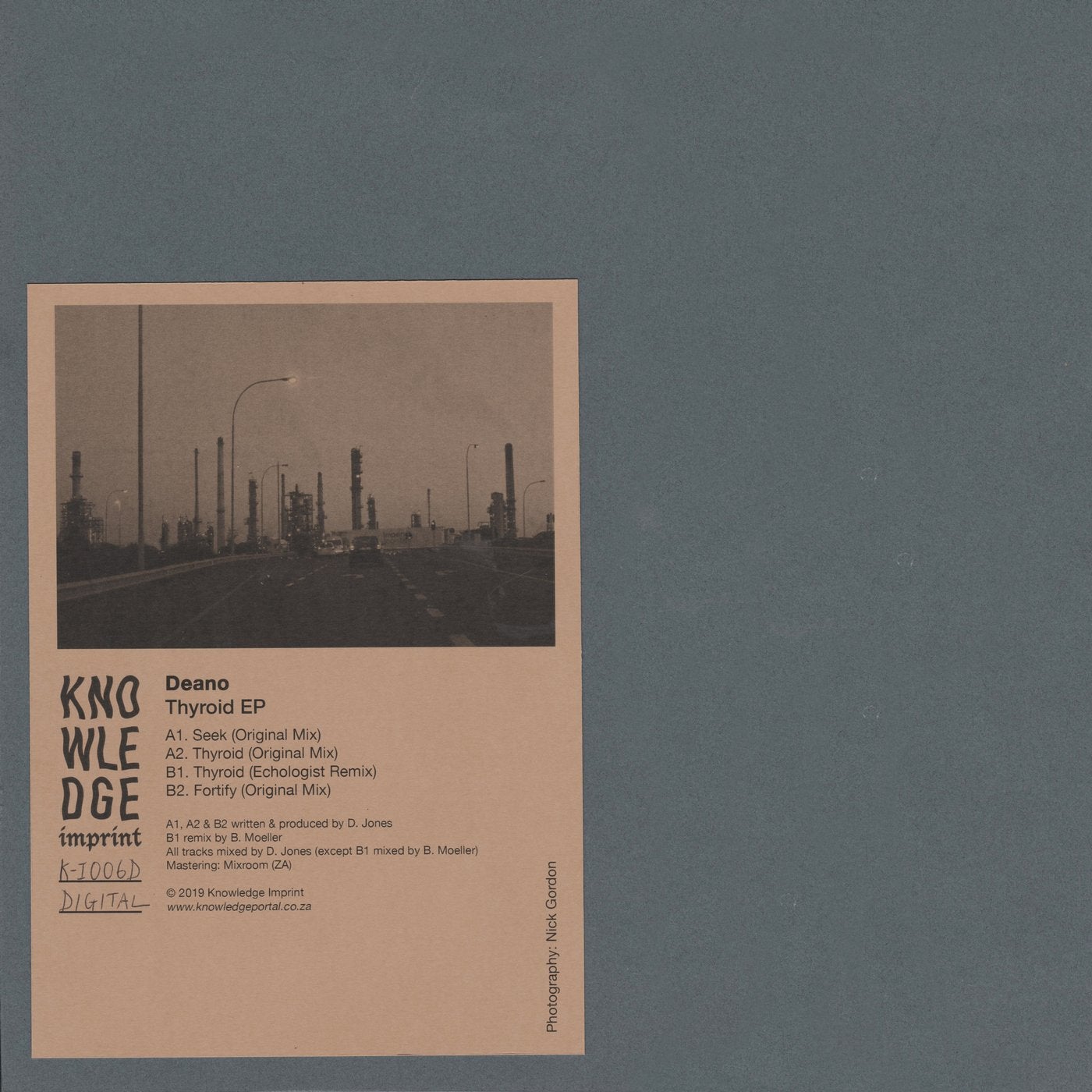 Deano presents his next full solo release on the label since his inaugural Alternation EP. Going back to the sounds that initially inspired him, he contributes 3 original tracks that combine dance-floor functionality with hypnotic repetition. In addition, this is the first release where he enlists a remixer to give an interpretation of one of the originals.

The A-Side begins with 'Seek', a full-steam-ahead track that layers a simple sawtooth sequence over frenetic drums, fast-paced hats and a hard hitting low-end. Next is title-track 'Thyroid' which takes things in a similar direction but employs a more complex synth sequence that morphs patiently throughout the arrangement. To get the B-Side going, Echologist (aka Brendon Moeller) provides his remix of 'Thyroid'. As one of South Africa's most respected underground music exports, he shows just why he has built such a strong reputation. With a cavernous kick and signature analogue synths, this remix is built for the big-room! Closing out the EP is 'Fortify'. With bleepy patterns and deeper textures, it employs an off-kilter kick drum with an undulating bassline and classic percussion to provide a respite from the straighter tracks before it.