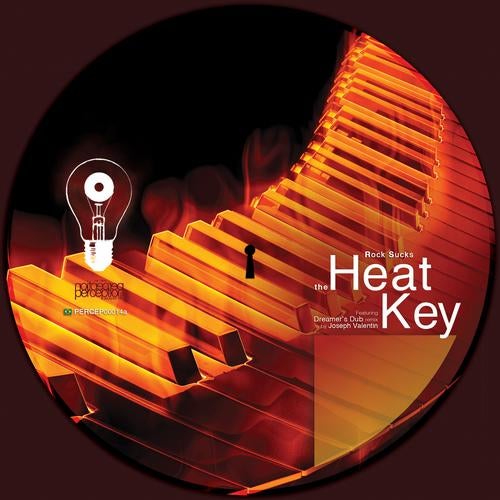 Fresh new EP, with four tracks of pure underground mix of techno disco house made by Rock Sucks a.k.a DJ Andre Ribeiro featuring a remix by Dremer's Dub a.k.a. Joseph Valentin, courtesy of Republic Music, NY, USA, exclusively to Perception Corp Records. In this EP you will find three mixes of "The Heat Sucks" and "The Key (Original)" "The Heat Key" it's an ironic critique of the intense summer heat of a tropical country. Dark and sweet moments composes the original mix with it's intense techno beat combined with a groovy disco bass and a touch of Rock Sucks style of deep chords and pads, turns the track extremely hot, and dancing! "Dremaer's Dub Deep Brooklyn Mix" combines the original chords and strings to unique New Yorker deep style of Joseph Valentin's Republic Music kind beats. A sweet remix, deep! Tense Dub it's a dark techno-disco beat way of "The Heat Sucks". Hot! "The Key" is a tribute to the "Disco's Revenge" studios (it was the first track made there). Inspired at the first Electo-Techno sounds made in Detroit, this track shows some hypnotic strings and dark melodies with a classic drums that join past and present, bringing a new way of Rock Sucks style. It Rocks!