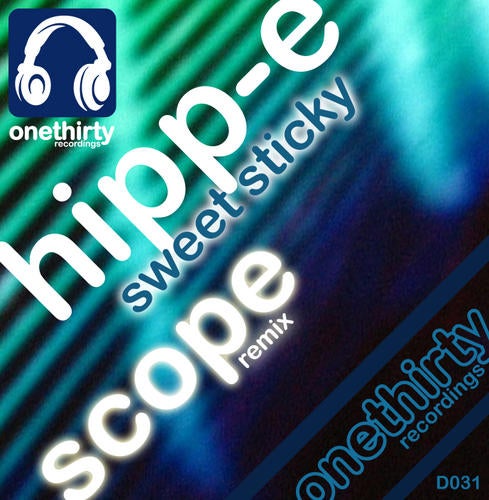 Onethirty Recordings proudly welcomes the esteemed DJ/producer Hipp-E to its roster of top house music talent. Since earning his first paycheck from DJ'ing at the age of sixteen, Hipp-E has developed into a true innovator on the electronic music scene. His partnership with Halo as H-Foundation catapulted him into the limelight and produced the acclaimed _Environments_ album. He was part of the prolific 6400 Crew and pioneered his oft-imitated take on the tribal house sound. Hipp-E has had numerous releases out on some of the more revered house labels from NRK to Freerange to his own imprint Nightshift.  Now working as a solo artist once again, Hipp-e continues to push musical boundaries with his ability to blend jackin' beats into techno horns and even soulful moments while traveling the globe spreading his sound from the US to Asia and beyond. A true legend.
This reputation Hipp-E has earned for innovative, quality house music is further confirmed by "Sweet Sticky". Pulsating rhythms, moody strings, tribal percussion driving a relentless groove, and spacious, airy effects make this track a must for all DJs working within current sounds in deep house. Hipp-E accompanies this opener with "I Know Ya", a scintillating slice of capacious dancefloor energy. It's a synth fueled cut that effortlessly builds to the end. Exhilarating female vocal drops give the track its edge while layers of melody are added as the bassline gets thicker and more twisted. A definite prime time treat for your DJ sets.
Belfast's Scope takes the remix reigns for a radical rework of "Sweet Sticky". Scope's arrival on the global house scene was marked early in 2007 with his debut Strung Out EP on Urbantorque which received massive support across the board. Since then Scope has recorded for high profile labels like Plastic City and NRK and was recently nominated as Beatport's Best House Artist of 2008. On his "Sweet Sticky" remix, Scope channels the song's energy with synth stabs, a funky bass line, and a lively pulse to create an all out throw-down.
This whole release was heavily supported at this year's Winter Music Conference and is already being played by a select crew of respected DJs from around the world. It's time for you to jump on board; it's "Sticky Sweet"