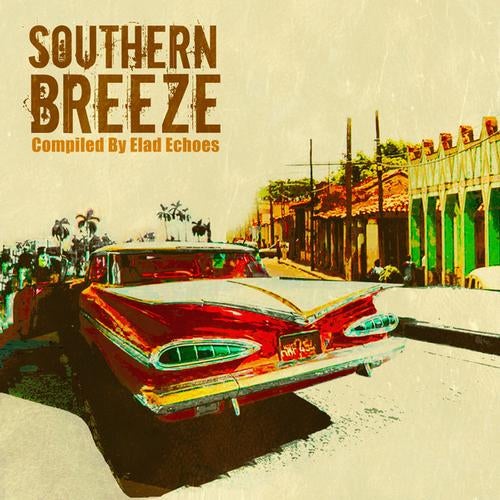 Echoes Records for those who are unaware is based in the sunny desert like scenery of Southern Israel Elad Echoes is co-owner of Echoes Records alongside DJ Osho Elad's involvement in the electronic dance scene begun over a decade ago, initially as an enthusiastic party inhabitant and a reckless music collector His deep urge for producing his own unique imprint leads him to form "Blackout" which was focused on Progressive Trance / House sounds These days Elad is not only the guy managing Echoes Records he is also considered as one of Israel's most influential Tech House / Deep House DJ's. Southern Breeze is the perfect reflections of Elad's personal taste and is featuring 9 intergalactic deep & sassy bombs. Southern Breeze features a selection of tracks produced by today's hottest producers roaming planet earth. Elad's infinite musical taste is absolutely vivid and is reflected well by the way this sophisticated selection has been compiled. This is a massive release, deep, pumping and above all varied, a fairy-tale of its own, ranging from sharp progressive house movement to the chivalrous side of current day Tech-house and is closed by the infectious, organic sounds of deep house. Southern Breeze includes 5 original imprints by heavy rollers such as, Karl Johan, Save The Robot, Glitter, Eric Entrena & Something Good and local duo Guy Mantzur & Stephan Bazbaz. Adding to the excitement are 4 blasting interpretations in the forms of 4 internal remixes by Roy RosenfelD, Victor Ruiz, Fiord & Magitman which manipulated tracks by Weekend Heroes, Andrea Bertolini & Lish, D-Nox & Beckers & Luigi Rocca. With such a massive line-up can someone go wrong?