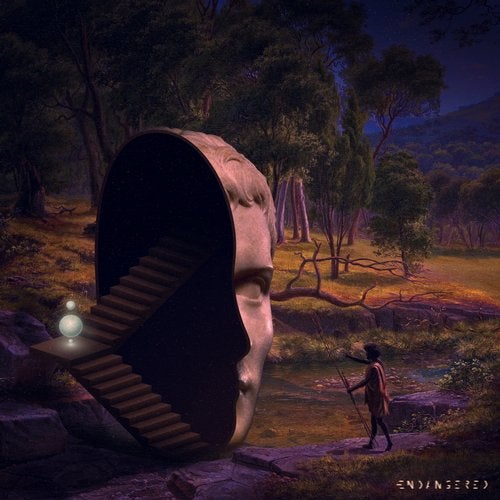 Hype
Brian Cid's Endangered Records presents the debut of Steve Fokas to the label, with a 6-track journey through the realm of melodic techno.

Steve Fokas hails from the city of Philadelphia in the U.S., with family origins from the Greek Islands. A multi-instrumentalist, self-taught musician & producer, he fell in love with electronic music immediately after discovering his true potential in it. Since then, Brian Cid has been working closely with Steve and his music to prepare his debut release as an artist:  'I've known Brian for quite some time now and I always loved the early Endangered work he used to show me when we were in the studio together' says Steve. 'I resonated a lot with those sounds and how bold the tracks were and he most definitely influenced me and pushed me to not shy away from creating exactly what I want to create and allowing my natural vibrations shine through.'

The title track 'Prophet' is the opener in Steve's debut, and in true Endangered style, contains cinematic builds with waves of synths coming at the listener to start things off. 'Leo' follows, and its melody, groove, and claps give it a Latin-style vibe perfect for when the sun is retreating for the day. Elements of darkness appear in the third track 'Estrela', which is equally effective on a dance floor, or cruising around at night, with its driving, arpeggiated synths. The energy rises with the kick & hi hat groove in 'Neptune', and deep & dark tension is created with the lead melody. The apex of this story is reached during 'Meteora', with its deep synth stabs building the energy to reach the peak of the party with full power. 'Vision' is the finale, and provides closure by dialling back on the energy, and focusing on the melody to close this chapter.

Steve discusses his thoughts on releasing on Endangered, as well as his EP: 'Endangered taps into something deeper and more natural and Prophet is a perfect reflection of the deeper more natural styles of music I was feeling during these solitary first few months of quarantine. The tracks are minimal and intense at times which I think reflects how this forced isolation has felt for many of us. The dreamy melodic synths give those intense moments a bit of hopefulness which comes from all of the day dreaming I've done about the moment we can finally get back to 'normal.'