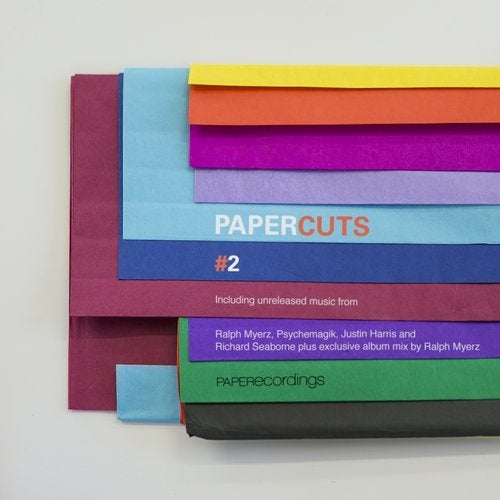 Paper Recordings hits its 20th birthday in 2014 and most labels would sensibly sit down in an armchair, light their pipe and release a retrospective. But not us, oh no! Our very first release The Book by Salt City Orchestra had 'Look Forward, Not Back' inscribed on the vinyl so this has been the year we launched Paper Disco and why Papercuts # 2 is packed choc-a-bloc with a new generation of artists.

The compilation is the best of Paper's recent output with a mixture of the familiar, the grizzled and the brand new, demonstrating why Paper is still one of the most exciting house labels in the world today.

There are four exclusive unreleased cuts which are all here.

Richard Seaborne is our go-to man and always delivers. Here's its stripped back house with touches of Detroit and Chicago that pumps like a steam engine (if indeed they do pump) and a moody female vocal extolling her trip on the MDMA Express.

Recent Norwegian Grammy award winner Ralph Myerz gives us a taste of what to expect from his forthcoming album with Do The Choka Choka that is a peak time full floor houser.

Psychemagik's unreleased mix of Research's Day By Day is a lesson in grown up house music that kills the floor and has a subtle musicality that draws on a range of influences from the disco and balearic.

Finally Pete Gooding goes for a straight up thumping version of Justin Harris' 123 Breathe. After all, when you've got damn fine drums, killer bass, moody vox and hooky bass you may as well let it do its thing!