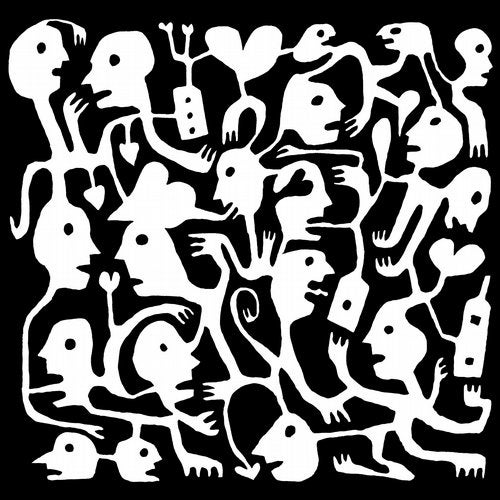 it was in february 2015 when japanese producer and sound designer kuniyuki takahashi, sometimes known as koss, releases with the ep newwave project 2 a record, that tapped some roots of his musical education: new wave, german electro punk from bands like a daf, ebm from acts like front 242 as well as industrial music. styles, about kuniyuki claims that they are his favourite music. now, nearly two years after his first newwave project ep, he drops an album that is leaning towards his musical love from the past. compared to his former work, that was rooted in worlds of classic, jazz, house, ambient, and electronic song-writing, his new tunes are full of melodic drifts and rhythmical shifts. as usual all is loaded with tones and rhythms straight from the heart that filter and modulate human emotions without losing their natural source. to get a sound that is fresh but still leaning to the 1980ees, he used some old synthesisers like a roland jupiter 8, a juno 60, a korg ms 20, an old tape echo machine but also new instruments like the roland aira. furthermore, his modular synthesizers talk too. instead of having a masterplan, kuniyuki just made sound, drifted on his machines and moved into a territory, that his far away from his former sound. also the use sampled voices and other alienated sound sources of unknown origin inject his new tunes otherworldly atmospheres. his skills as a fine instrumentalist is evidence as kuniyuki also played the piano, percussions or flute, if he felt their warm sound is needed for his freely grooving tracks. some dance in a house or techno outfits. other slam like a mix of funk and ebm. tunes like puzzle or body signal are twisted treasures that bemuse deeply. in-between you hear the echoes of cosmic spheres, the darkness of the cold war days and some bewitching tribal jungle vibes. a new, moving, unorthodox and yet catchy side of kuniyuki takahashi. it is not totally novel to him, as he already released some industrial, ebm and electronic with the project drp in 1990 on the belgium label body records. but for his listeners, that know him for detailed house, jazz and classic or that love him as a man of collaborations who already worked together with artists like innervisions jazz house heavyweight henrik schwarz, the famous japanese pianist fumio itabashi or the british synth-pop protest spoken word icon anne clark, the newwave project sheds a light on a different artistic side of kuniyuki takahashi. it is diversified, has many rhythmical and atmospheric turns but stays stirring and compelling in all twelve tracks. a true new wave, formed, played in and envisioned with a view on the past that was filtered through the now while feeling the future. the cover art work comes from the swiss artist augustin rebetez - a man who also loves to generate unknown poetic universes in his drawings, sculptures, videos and installations.