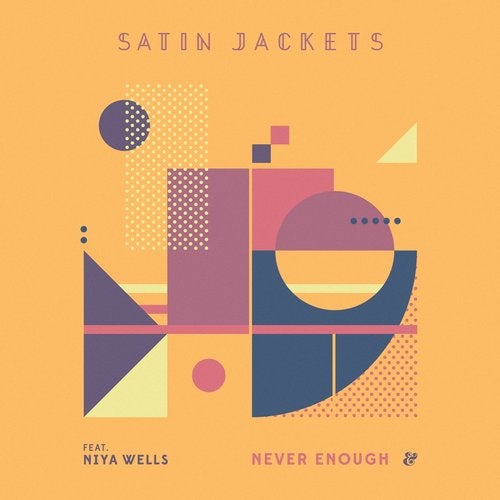 Satin Jackets' latest release "Never Enough" serves as a spectacular preview of what lies ahead. Dialing in with more clarity than ever before, Tim, the producing half of the project has developed the perfect single to kick off the new year. Just coming off of an impressive 2016 including a nationwide US tour, Satin Jackets have garnered over 300K monthly listeners on Spotify. Remixing the with the likes of Goldroom and Nora en Pure, their previous single "Feel Good" has just hit over a million streams. The intrinsic two-piece has set the groundwork towards infinite success.

Sounding like a confetti-laced celebration, "Never Enough" is a complete knockout. Made for that iconic two-step, the alchemist has created a sensational record perfectly suited for Niya Wells' refreshing vocals. As infatuation takes over, Wells vividly describes how addictive a new affair can become, with each moment feeling like the first time. The talented vocalist facilitates a fusion between electro-pop and soul, creating a more dimensional sound. Wanting to provide another take on "Never Enough" Bernhardt enlisted the help of CASSARA, allowing the artist to put his own special touch releasing an exclusive remix to accompany the single. Get caught up in the rapture, this playful release is sure to leave an incredible first impression.