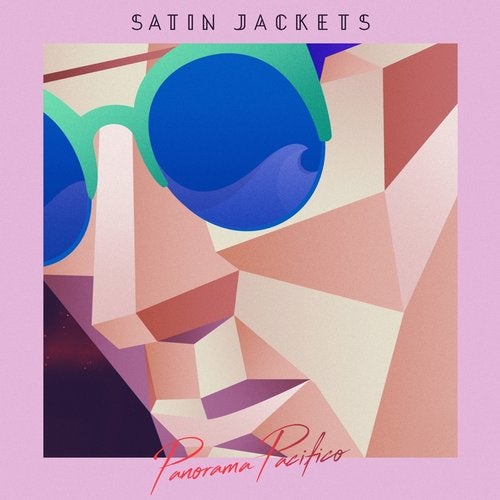 Scaling the heights of the Hype machine from their first release to the latest, and clocking up almost ten million plays on spotify, Satin Jacket's original brand of diva funk and smooth disco has whetted the tastebuds of the likes of Majestic Casual and i-D mag who said the duo's "super sexy, infectious house music is filled with the vibe of summertime." Their smash single, 'You Make Me Feel Good' has accumulated close to three million plays on Soundcloud (https://soundcloud.com/satinjackets/you-make-me-feel-good) and Youtube (https://www.youtube.com/watch?v=nYFEf7Y1Gco) concurrently.

"The idea came from our character, Mr. Satin Jackets, who's been travelling the world quite a bit the past two years," explained Tim Bernhardt, the founder of the duo. "Four continents, about twenty countries [in], he's on the West Coast and takes a break. He watches the ocean to put his mind at ease and [out pours] Panorama Pacifico."

This idyllic perspective is launched by the vocals of Scavenger Hunt, the Los Angeles-based electro-pop 4-piece, charted by Billboard and featured by the likes of Nylon mag. They explain about their contribution, "Feel Good' feels like jumping into a cool pool on a hot summer day- refreshing, exhilarating and sexy." Nigerian born and Birmingham based UoB's Got Talent winner, IsaacO contributes to 'Keep Moving On'. He explains it's, "a song about having a nonchalant attitude towards life regardless of what it throws at you. Best listened to on a nighttime drive on the highway."

The album also takes a peek into the past successes of Satin Jackets, with last year's smash single, 'Shine On You' featuring UK born and Berlin based talent  Esser, dubbed by Clash magazine as "an exploratory glimpse into the mind-expanding side of Satin Jackets' electronics," and recent single 'We Can Talk' featuring vocals from Emma Brammer.

Further new collaborations include Ghent-based collective I will, I swear, Melbourne's Kids At Midnight and diamond in the rough of Belgian pop Marble Sounds. Fellow Eskimo artist and Greek producer NTEIBINT and KLP from Australia also feature. Each plots a similar narrative about the struggles of love. "'Say You' is about being afraid of being happy,' explains Jane Elizabeth Hanley AKA Kids At Midnight; 'Coast To Coast' is "a sweet love song that could also work on the dancefloor," says George Bakalakos AKA NTEIBINT; and Emma Brammer explores the concept of, "the exciting and painful first love - maybe it's not so good for you but it feels historical."

Pieter Van Dessel of Marble Sounds digs further on 'Find Out'. "The lyrics 'Shut your eyes, and you'll find out' started as a reference to childhood memories: as kids we often had to close eyes when somebody wanted to surprise us with a gift. But it can also mean that you could learn more about reality when you disconnect and close your eyes, instead of gathering (too) much information."

Three quarters of the tracks are fresh and introduce exciting guest vocalists and producers. These are complemented by the much-loved staples from the duo, 'Girl, Forever' and 'You Make Me Feel Good'. Tim of Satin Jackets explains, "We're ending the journey of this album with 'You Make Me Feel Good', [a] great story of a song. It still gives people all kinds of happy feelings. The more people it can reach, the better."

German music producer, Tim Bernhardt and lead performer Den Ishu are Satin Jackets. Their eponymous live show has relentlessly toured the US, Canada, Mexico and Europe, opening their fluid pop appeal and accessible four-to-the-floor groove up to the world at large. Their debut album, 'Panorama Pacifico' is set for release on 8th April on their home label, Eskimo Recordings. The Belgian imprint has been a purveyor of disco, house and everything in between for over fifteen years.