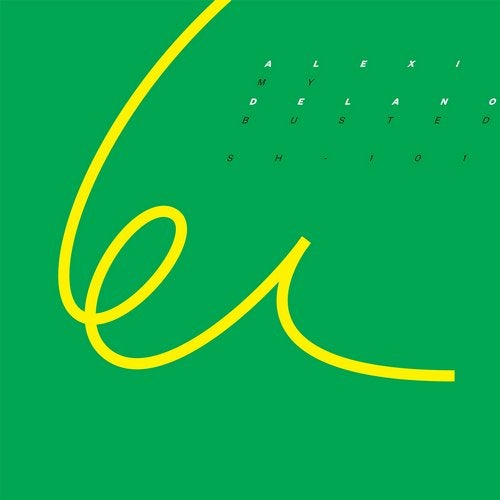 Adding to his extensive and diverse catalog, Alexi Delano delivers his first release for Spectral Sound. My Busted SH-101 is an ode to the beloved and portable synthesizer made by Roland in the early 80s, not long before Delano started DJing. As a producer, hes earned a reputation for being a bit of a machine himself, churning out records on a wide variety of labels over the last 20 years. He holds his own in house music under his A.D.N.Y. moniker, but its with tracks such as this one that show off his love for dark, weird techno that sits comfortably alongside Spectrals finest.

My Busted SH-101 flutters and pulsates wildly throughout, with a heavy bass kick driving from the start. The sonic rabbit hole soon opens up to crackling, crunching melodies Delano pitching up and down, making the synth sing in his own experimental fashion. The b-side remix is also a gem, provided by Alexis long-time friend and occasional production partner Jesper Dahlbäck. Going by his revered alias The Persuader, Jespers interpretation adds beautiful, sweeping dub echoes and pushes the lower end to the front, creating a strong dancefloor vibe with warmth and attitude.