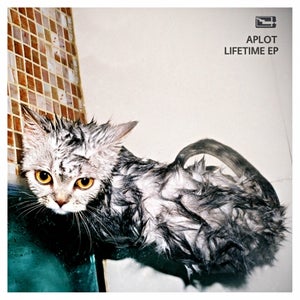 APLOT returns to Tiefparterre Records for his Lifetime EP to bring four eclectic, dancefloor focused cuts. Want U accentuates his fusion of genres, with a particular emphasis on the amen break that slips in and out of the track amongst trap-like elements. From The Stars is then more footwork focused using subtle drum work alongside hip-hop beats, incessant synth stabs and echoing vocal cutups. The percussion focused Lifetime borrows heavily from APLOTs jungle influences with a low-end so prevalent it could easily work itself into a drum & bass set. Lastly, Sumanga is a rumbling track that ends the release in a bass driven climax. With a musical education spanning drum & bass, techno and hip-hop (with the latters golden era of the early 90s being a major influence), APLOTs music is unsurprisingly diverse and innovative, making Tiefparterre an appropriate home for his material. Part of Red Bull Music Academys Bass Camp Vienna alongside Cid Rim Dorian Concept, The Cinematic Orchestra, Four Tet and many more, its no surprise then that the rising talent is a gifted producer whos had support from the likes of Fact Magazine.