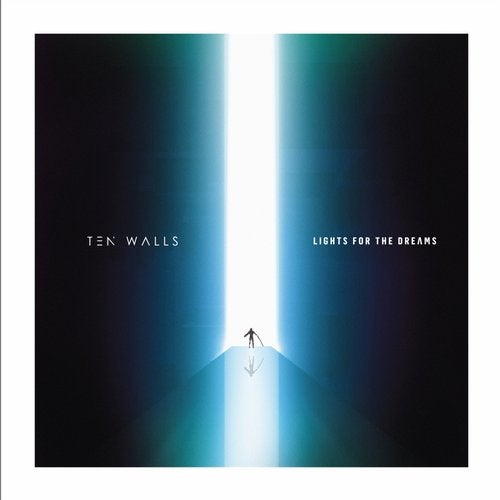 We are excited to come back with the twenty eighth release in the label catalog and this time it is the second Ten Walls album called 'Lights For The Dreams'. Album contains nine original compositions, each of them has its own character and a story to tell. And they are mixed into one evolving journey. A lithuanian electronic music composer and live performer Marijus Adomaitis world-wide known as Ten Walls has always been delivering a highly sophisticated sound and this time is none other. Even better - the variety of soundscapes throughout the album brings emotions of fulfillment and leaves one somewhere out of this reality. It is definitely the highest point of creativity where every single detail matters as well as the whole picture, from outmastered usage of today's technologies to the artful and conceptual point of view. While using less, the author somehow manages to reach the most of it and in his own way.
'Lights For The Dreams' is full of different textures and colors, yet keeping a similar tempo in most of the tracks, giving a few chills in the middle of the album with 'Loot' and closing it with 'SSV Normandy'. Most of the compositions keep the spirit lifted up in uptempo moods with tight rhythms like 'Halo', groovy arpeggios from 'Daily Rehearsal' and touching atmospheres in 'Jorge'. As mentioned before every composition is exceptional with its own freedom of mindset. The title track 'Dreams' brings recovered electro vibes, precisely constructed structure and spills symphonic greatness above the minimalistic groove. The introductory 'Neighbourhood' is all about what feelings sound like, a mixture of electro-acoustic soundscape grabs attention from the very start of the vinyl. The following 'Teacher' continues a similar soundscape but in a totally different manner and genre. While dark and dashing 'Dungeons' fills the gap of dubby Techno with a well crafted wide spectrum of moods.
'Lights For The Dreams' was mostly inspired by a video game 'Moonray' that Marijus was creating a soundtrack for. 'The music in this album represents a very creative period of my life where I just couldn't stop recording new music. One of the big inspirations was a video game called 'Moonray' that used part of this album in its soundtrack. It's a very exciting period of my life.' - says Ten Walls. Album contains nine compositions while the soundtrack for the video game contains 30 original pieces with 10 minutes introductions for each one. 'Moonray' is a surreal 3rd-person action RPG set in a fantastical sci-fi world. The early release of the video game is going out in the mid of summer 2020.
The full-length album is divided into two parts and pressed into vinyl. Though it is mixed into a continuous play, the vinyls have fine marks at the start of every composition so that one could drop the needle exactly at the start of any track.
Ten Walls 'Lights For The Dreams' is available in physical vinyl format with the following digital release. Enjoy the music!

Lights For The Dreams