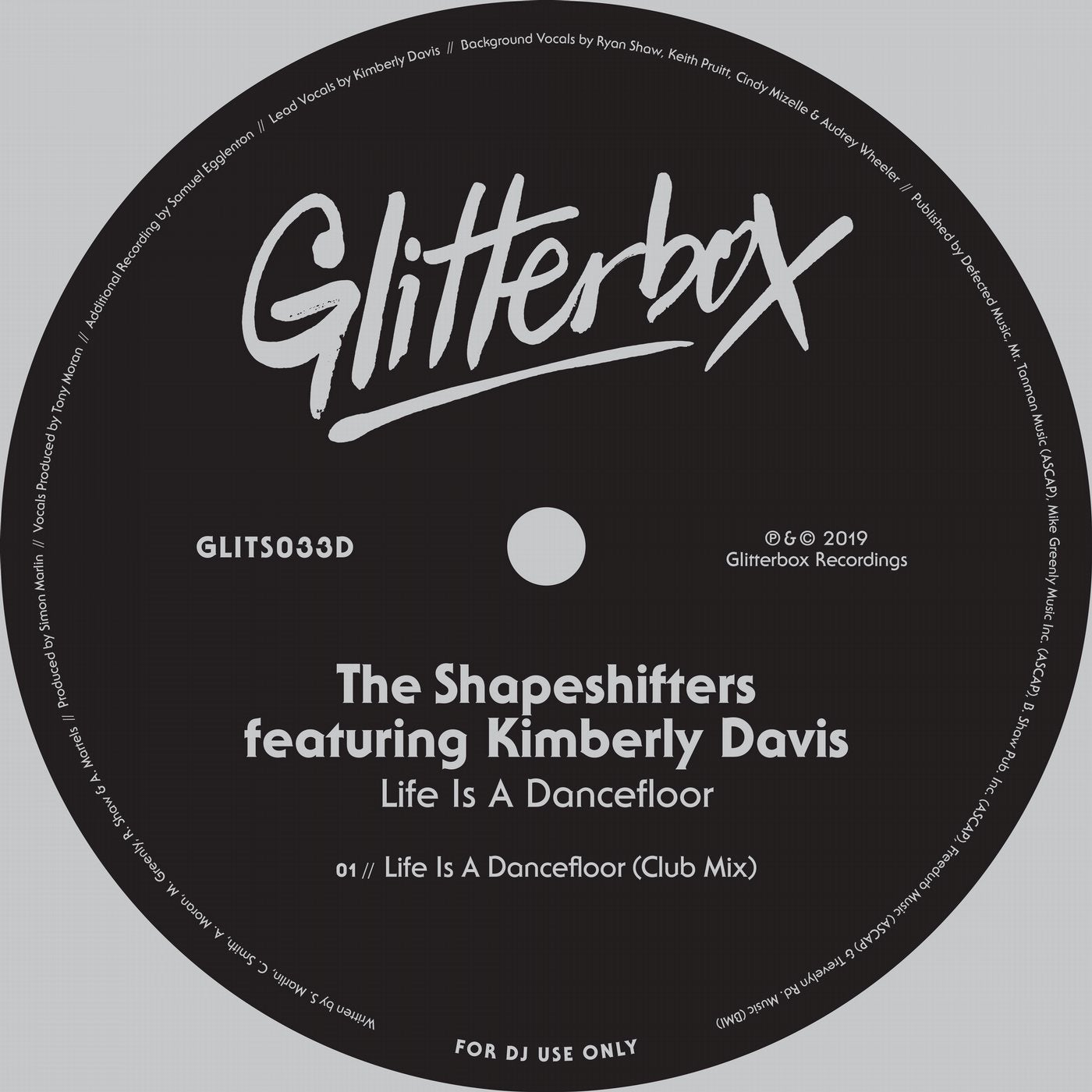 The Shapeshifters has become a name synonymous with the Glitterbox sound. Simon Marlin's previous catalogue with the label includes the sublime 'When Love Breaks Down', 'Try My Love (On For Size)' and 'Lola's Theme Recut', and as a key resident for the party he has brought his joyous disco-infused house sets to events across the globe. 'Life Is A Dancefloor' shows his evolution as an artist, producing a track that features the unmistakable chart-topping voice of CHIC vocalist Kimberly Davis. Arranged by Colin Smith, the glorious instrumentals provided by some of the UK's finest session players add a depth that takes this record beyond its club beginnings, giving it a truly timeless quality. With its disco influenced sound, expect to hear 'Life Is A Dancefloor' at Glitterbox parties and beyond for years to come.

Life Is A Dancefloor - Club Mix