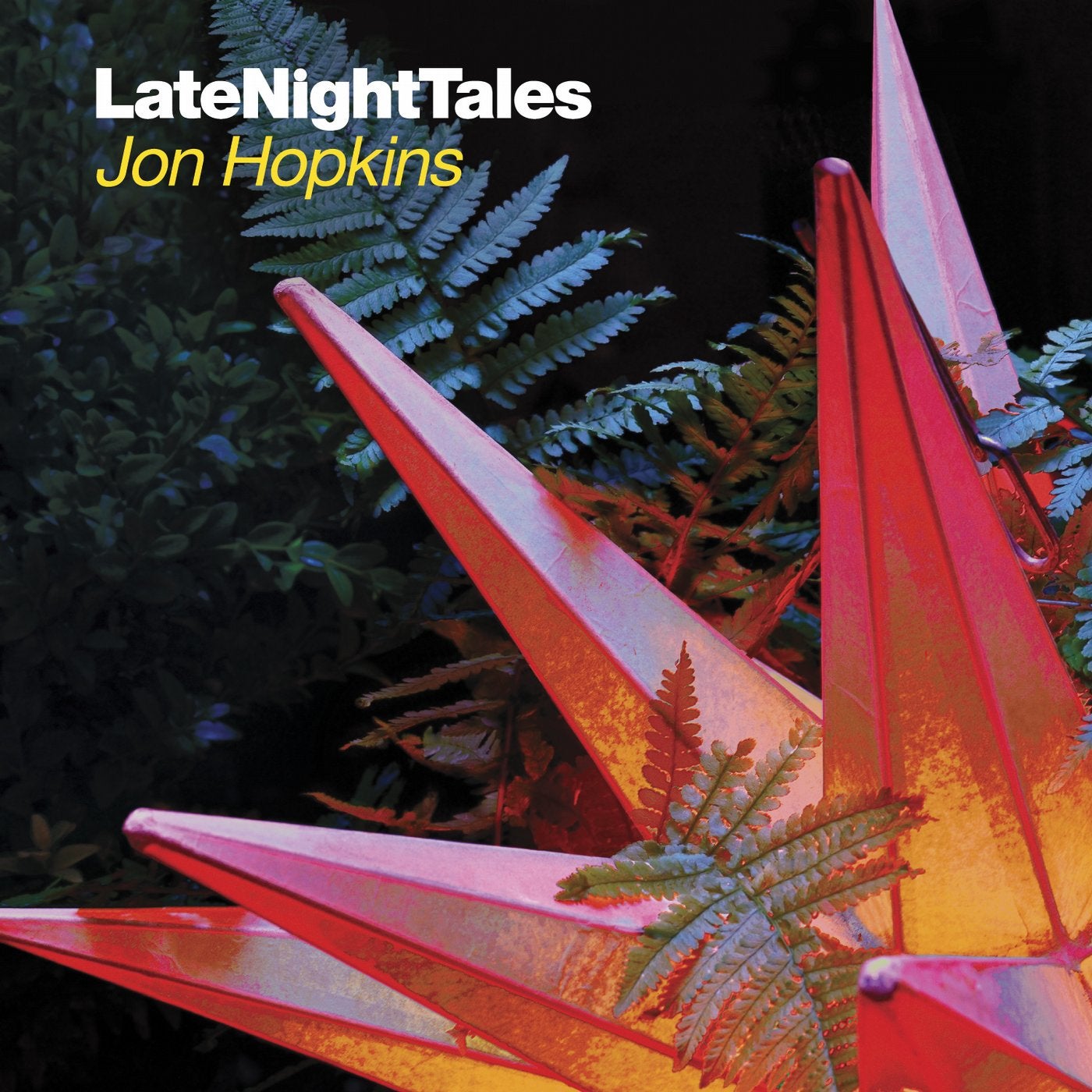 Requiem for a dreamstate. Its possibly somewhere between heaven, hell and high water, down the Thames Delta towards Eden. It may involve techno and a distorted state or simply mates sat listening to music together, drifting on the open sea of their minds. This is Jon Hopkins world, not so much joining the dots as colouring the whole damn picture in. After releasing his debut album 'Opalescent' at the rookie age of 21 in 1999, hes gone on to work with Brian Eno and David Holmes, produced King Creosote and via Eno, worked on three Coldplay albums. He released the breakthrough album 'Immunity' in 2013, which was nominated for the Mercury Prize. The story arc with which Hopkins succeeded on 'Immunity' makes its appearance on Late Night Tales too with a perfectly sculpted excursion on this widescreen mix. . Opening with the unreleased 'Sleepers Beat Theme' by composer Ben Lukas Boysen, ghostly pianos skip elegantly hither and thither, among rising strings, as on Darkstars Hold Me Down. Nils Frahm is here, his sonic palette perfect for the job, while labelmate A Winged Victory For The Sullen contribute Requiem For The Static King Part I. Sigur Ros offshoot Jónsi & Alexs heroic Daniell In The Sea sends us forth towards the Baltic with tears streaming. Beats occasionally appear, as on the Grace Jones-sampling Yr Love by Holy Other or the pair of Black Country acts Bibio and Letherette, whose After Dawn is almost spry in comparison to the minor key symphonies on display here. The perfect contrast to this comes from Alela Dianes wistful Lady Divine or even Four Tets mesmerising Gillie Amma I Love You, with its enchanting kids choir. Exclusive to this release, Jon Hopkins provides a startlingly vulnerable new piano version of Yeasayers I Remember. Poet and fellow Brian Eno collaborator (their joint album 'Drums Between The Bells' was released by Warp in 2011) Rick Holland narrates the exclusive spoken word closer 'I Remember', underpinned with additional sound design by Hopkins."Putting this album together was a unique opportunity for me to present music that I have been listening to for years, free from the constraints of a club setting or from trying to stick to one genre. I chose tracks not just because they have been important to me but because of how they sit together, putting as much thought into the transitions and overall narrative as I did into the track choices. I mixed by key and by texture more than anything else, using original sound design, pivot notes, and often recording new synth or piano parts to link things together in a way that flows as naturally as possible."- Jon Hopkins, December 2014