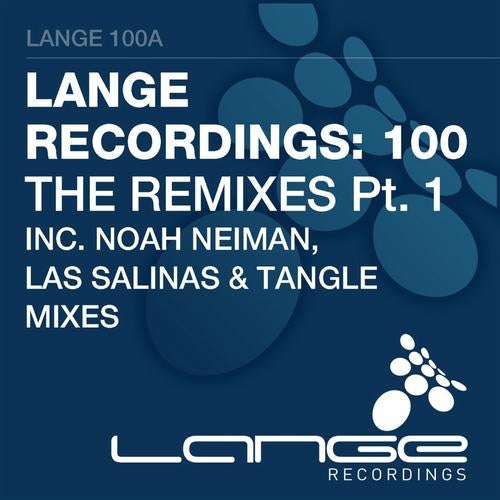 The label owned and A&R’d by leading international DJ and producer, Lange, is proud to present its 100th release – Lange Recordings 100, celebrating what is a major milestone for the UK based imprint. What better way to celebrate the landmark than with a release package that not only toasts past achievements, but also keeps a firm eye on the future. As well as a Lange Recordings 100 the album, containing 20 tracks handpicked by Lange himself, Lange Recordings offers up a 2 part EP release made of exclusive reworks of some of the labels well-known releases. Lange Recordings 100: The Remixes - Part 1 includes a monster Noah Neiman revamp of Lange pres. LNG – ‘Brandalism’, a progressive Las Salinas remix of Ben Preston’s ‘This Feeling Inside’ feat. Susie, and a huge club rework of Steve Brian’s ‘La Gomera’ from Tangle – which received huge support from Armin van Buuren on ASOT. An essential 3 track EP release for any Lange Recordings fan!