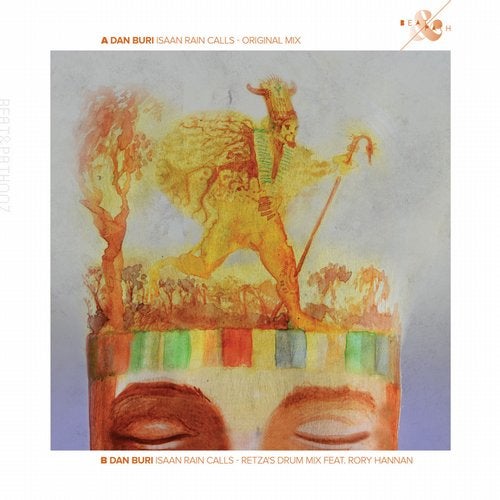 We warmly welcome Dan Buri to our little Beat & Path family. For his debut he delivers a truly stunning and mesmerising original piece. With touches of his Thai homeland, a driving eastern rhythm with a timeless mystical vocal which shimmers and rises with a hypnotic synth line to keep you locked.

We are super stoked to have Melbourne wunderkind Retza on the remix. He reworks the original into blissed-out territories. Hypnotic percussion patterns, haunting Moogy baseline that drones alongside layers of washy vocals that are taunting the Gods to let the Isaan rain to fall.

A Shaman monk sits still, eyes closed and totally aware of his surroundings as he meditates and awaits his arrival.

The pointed tip of the canoe he dwells in slices through the pure waters of the Mekong River, gliding as if guided by a super natural force toward an unknown destination.

It has been a dry season for all of the inhabitants of this northern province of Thailand and the monk is intent on finding the one thing that calls him, the elusive Isaan Rain.

As the river dances with the traditional Thai water vessel, it edges closer to where it needs to be and the sounds of the jungle grow in anticipation.

Sun shines through the trees creating a display of light and shade, racing along the monks' body, continuously illuminating his calm face only to hide it in shadow once again.

Tree roots emerging from the bank of the river are entwined in an eerie resemblance to a dock, as if purposefully for the canoe to slide into place. It slows down and drifts, stopping with a final soft bump, which awakes the determined eyes of the Shaman.

Standing in one swift motion, he walks along the unnaturally steady canoe and places his bare feet and walking stick onto the earth at the edge of the river, taking one long, deep breath.

Digging his feet into the earth and reconnecting with land he inhales through his nose, eyes closed once again, focusing on the scent he searches for.

'This Way' his feet tell him as they lead him into the jungle, toward a distant beat and down an invisible path. The further he walks, the more alive the jungle becomes. The air is still, enclosed in the high canopy, yet with each step the plants seem to sway slightly, awake and welcoming him toward that which is destined. As he grows closer he hears the sounds of past and future ancestors, those that have come before and will come again. He hears the sounds of his people's instruments and the forgotten voices of his native ancient language, quietly and vague but ever present and growing as he journeys toward the unknown destination, in search of the Angel's Trumpet.

The Angel's trumpet is a flower which grows all over Isaan and is used as a gateway to connect with the spirit realms but shaman's and other medicine people. The Shaman monk (Dan Buri) will be discovering the plant in the jungle, smoking its dried leaves and connecting the the spirits who guide him to do a rain dance which will result in the Isaan Rain and completion of his destined journey and the piece of writing.