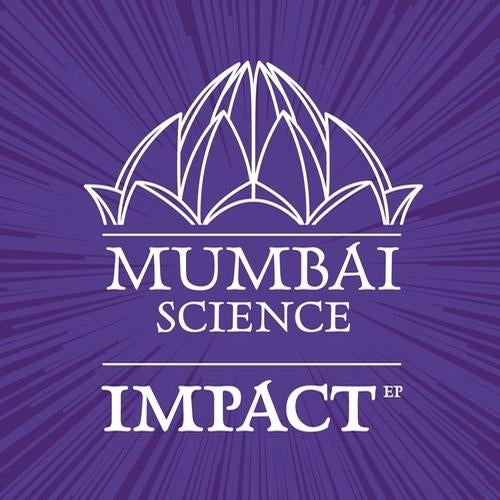 Brace for Impact!January 14th marks the release of a new 'Mumbai Science' single EP, called 'Impact'. The 9th EP already by the Belgian electronic duo, praised for their 'faux pas' techno, a fusion of futuristic outer-space melodies and post mortem 909 grooves. This time, the guys pitch their work as '... a dark, apocalyptic journey, echoing themes of inner conflict, moral tribulation and regret.' Sounds promising!The original track on the EP is called 'Impact'. When listening to the music, one cannot escape the feeling that the harsh Belgian conditions of political conflict tainted the art. Albeit very heavy to the heart, the original track delivers on its promise in style. 'Impact' is a powerful track, which definitely lives up to its name.On remix duty is John Roman, the Toronto based 'wunderkind' whose track 'Petrified' was proclaimed as tune of last summer by Tiga, Brodinski and other sophisticated people who know their shit. John accomplishes the seemingly impossible by transforming the heaviness of 'Impact' into his own cutting edge tribal-techno sound. Perfect for those who seek the 'chic' in 'musique'.The other remix is delivered by proper legends Cisco Ferreira and Ricardo Rodriguez, better known as 'The Advent & Industrialyzer'. Cisco - 'The Advent' - stood at the cradle of Techno back 20 years ago and keeps playing an important role throughout its history. Together with Ricardo - 'Industrialyzer' - they are renowned for their pursuit to push boundaries. The remix for 'Impact' shows their innovative look on Techno, blending the relentless arpeggiators of the original with a futuristic, machinelike timbre.The 'Impact EP' showcases a broad spectrum of contemporary techno music. From the festival energy of Mumbai Science's original track, over the sleazy afterclub vibe of John Roman's version to the 'Kraftwerkian' interpretation of The Advent & Industrialyzer. The EP will be out on the 14th of January on Lektroluv records. Early support by Crookers, Mixhell & Dr. Lektroluv