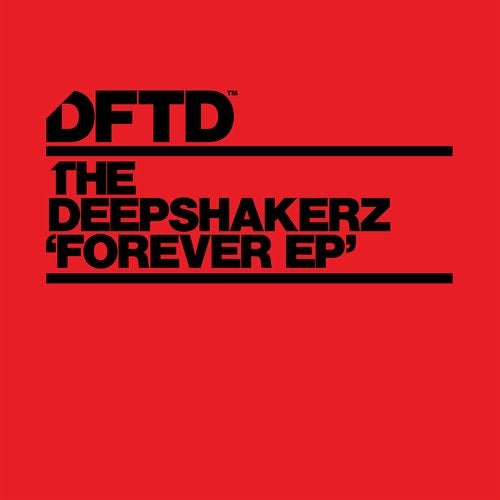 The Deepshakerz follow up on the continuing success of their last EP 'Keep Pumping' on DFTD, which helped them to be #1-selling Tech House artist on Traxsource in early June 2017. Now the Italian duo presents another two tracks demonstrating their flair for deep-reaching, melodic tech house. Employing an impactful 'less is more' approach to their productions, the pair go for understated rolling beats on first track 'Just No Good For Me', an exemplary contemporary tech house record with the tightest of percussive hooks.

'Forever' is a gem of a track, based on a sample written by legendary Brooklyn dance mogul Tommy Musto, who was head of production and A&R for Northcott Productions and one of the first American house DJs to acquire international acclaim. Doing justice to the sample with a jacking beat and real palpable dancefloor energy, 'Forever' harks back to Tommy's late 80s heyday. The dynamic, garage house-inspired bassline gives the track the authentic feel of a timeless Fourth Floor or Sub-Urban classic.

1. Just No Good For Me
Written & Produced by Domenico Berardino & Mirco Sonatore for The Deepshakerz Productions
Published by Blackbox Music Management