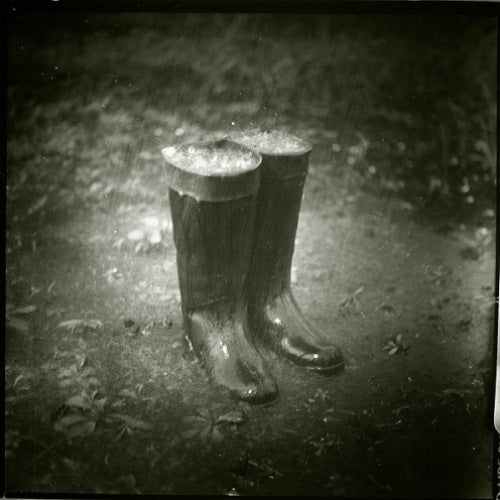 In this release Fullpanda records bring together 3 artist from eastern side of the globe.

Andrei Oid - A side Silence of the lamps.
Andrei Oid /Andrei Antonets / Born in Latvia.
Defying himself as says his music pseudonym Andrei zero* Id.
But that ironic definition not really reflect in his music , contrary his work in diverse styles from techno to pop music like his collaboration in project called Keta with Iliya lagutenko very known pop-rock artist in Russia. /http://soundcloud.com/keta-3/kam/
On the other hand his solo album Systems Of Mercy very integral ambient story which can be listened without a pause . http://www.soundproector.com/?cat=reviews&id=90
This time he delivers for Fullpanda a long slow building up mind blowing track called Silence of the lamps.

KHZ B 1 Thrust
KHZ /Egor Sukharev/ - Russian producer , born in 1978 (City of Cherepovets, Russia). He started his music career in 1999 ,inspired by Metalheads and Ninja Tune as well as Maurizio, Rhythm & Sound and Novatek. Later on he become an inseparable part of "Fragment" net-label, "Bvoice & Khz" tech-house duo, and live dub-techno band "Dubolom" (with Roman Korablove and Andrey Firsik).
Thrust is second released track from Egor on Fullpanda can be described as crispy , groove piece perfect for the dance floor.

Stanislav Tolkachev - B2 side Zero.
Musician, DJ and Photographer from Ukraine Dnepropetrovsk . http://randominde.com/new/photography.php
Begin his music producing experience in late 90 th in his home country.
Since then Stanislav already appear with his astonishing releases on several European labels like Subsist and more.
For Fullpanda Stanislav comes with a beautiful , melodic and deep track Called Zero