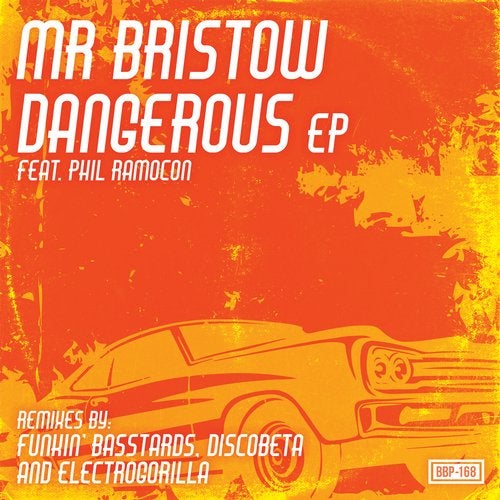 Were very pleased to welcome back Mr Bristow and Phil Ramocon, who have delivered an original piece of funk in the form of the funky anthem Dangerous, which is accompanied by remixes from three opposite corners of the electronic funky music spectrum.

Starting out with US-based discObeta, who has cooked up an electro break funker that will be sure to set any dance floor on fire. Followed by the Funkin Basstard who has produced a Nu Funk take on the original. Last but not least, were welcoming back funky bass expert ElectroGorilla, for a mellow electro twist on the Dangerous track.

Mr Bristow has teamed up with Phil Ramocon for the second time on BBP, having released their first EP: Drunk On Funk back in 2015. Ramocons silky smooth soul vocals are a perfect match for Mr Bristow's straight-up funky production skills, which shines through on both the original and the remixes.