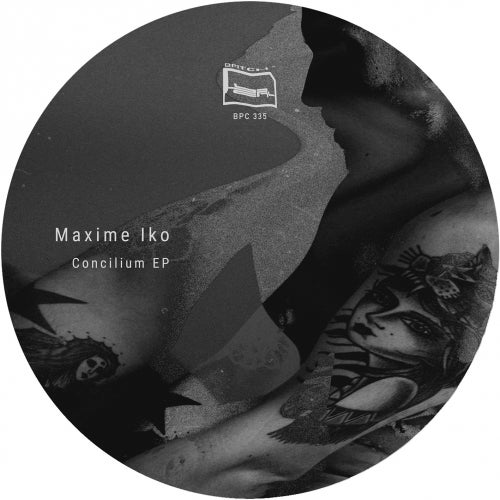 Paris club kid MAXIME IKO joins BPitch with this four-track trip into the depths of his mind. Infused with acid licks and electro motifs, this is a scintillating debut from an artist who represents diversity and inclusiveness two cornerstones of club culture. Maximes influences range from the gothic, dark and lurid through to the often flamboyant gay culture, launching his own highly-regarded gay event at Rex Club called Cockorico and, later, putting on Le Bal Con at Badaboum a party that celebrated the wild, creative side of nightlife with art performances and lots of crazing dancing. Maximes Concilium EP starts with the frenetic Achartade, a track which pulsates with eerie vibes, closing with the multi-tempo closer Concilium - a demonstration of Maximes penchant for playfulness and experimentation. In between those two killer cuts we have Repulsion, where the main riff has a jaunty, arpeggiated rhythm, Timelines Wrong, a heads down acid roller with vocal stabs and a totally absorbing atmosphere and finally, Closure a spine-tingling emotionally-charged adventure. One that will lift the roof off anywhere its played. An accomplished collection from a man who values the roots of electronic music culture and brings his own unique vibe with each performance and new release allez!