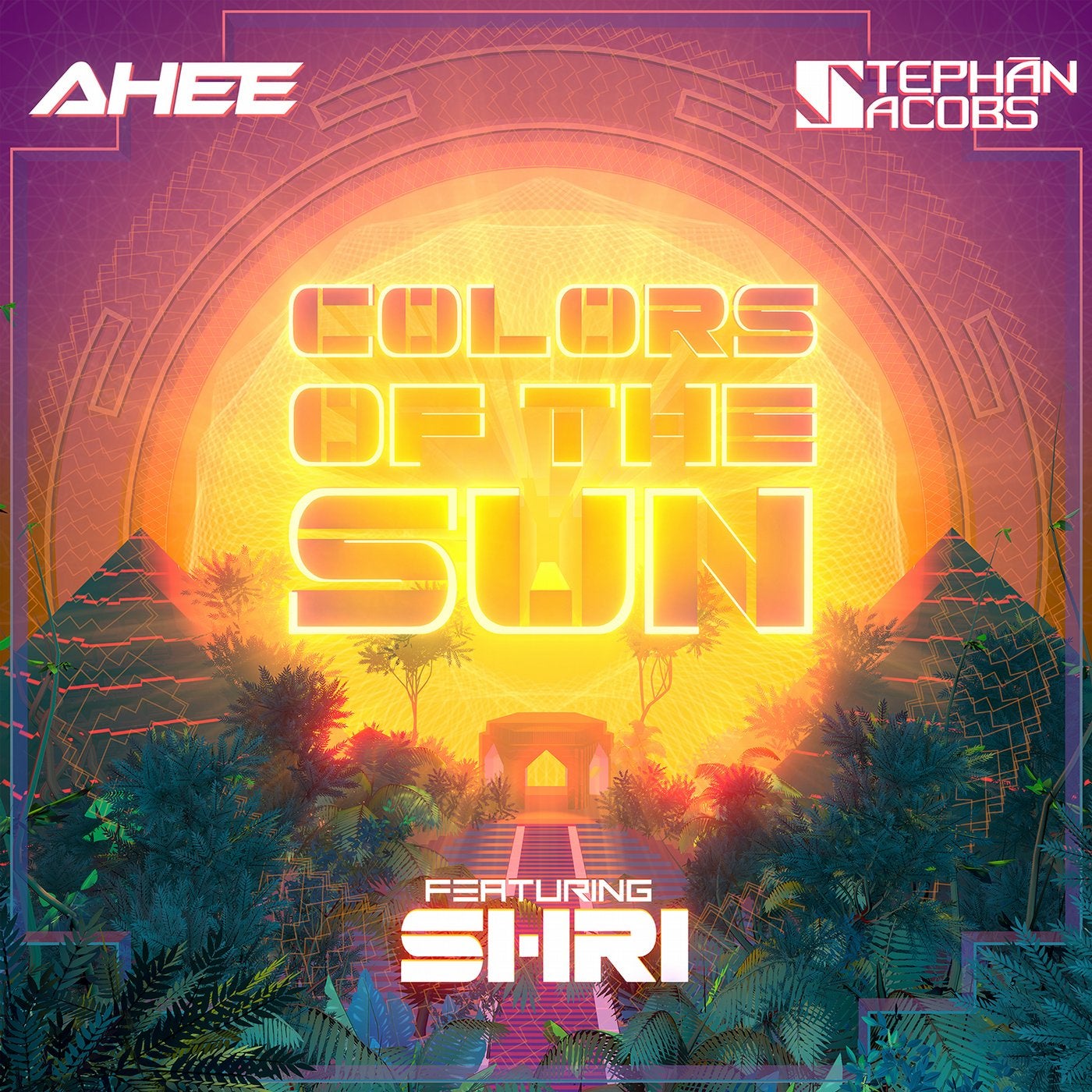 Colors Of The Sun features Stephan Jacobs & AHEE combining efforts to create a gem of a tune.
The tune is a blend of Halftime DnB, crunky Hip Hop beats, some hyphe west coast sounding synth work and features enchanting vocals by Shri, the vibe can be described as World Crunk.
The infectious melody will have you hooked and coming back for more. The single also features a BOSA remix, which is Stephan Jacobs house music project with Sunev.

Stephan Jacobs is a seasoned veteran of the festival circuit, lending his talents to such noteworthy events as, Vans warped tour, Coachella, Lightning in a bottle Identity Festival, Envision, and a direct support role for Pretty Lights on the Illumination tour. His list of collaborations and official remix credits include artists such as Benny Benassi, Showtek, Emancipator, Run DMT, Ill-Gates, James Zabiela, DVBBS, Martin Garrix, and Griz. He is also a founder at Producer Social and tech venture Sesh.

Chris Adams, aka AHEE, is a multi-genre DJ/producer/performer exploring the highest form of energy in bass music. After college, Chris became fascinated with Festival Culture & Bass Music at festivals like Lightning In A Bottle & Coachella. Just a few years later, you can find him headlining those same festivals as the DJ/producer of The Lucent Dossier Experience. AHEE now lights up dance floors with his unique blend of high energy dance floor bangers and sonically complex weird bass tunes that have captured the attention of thousands.

Colors Of The Sun