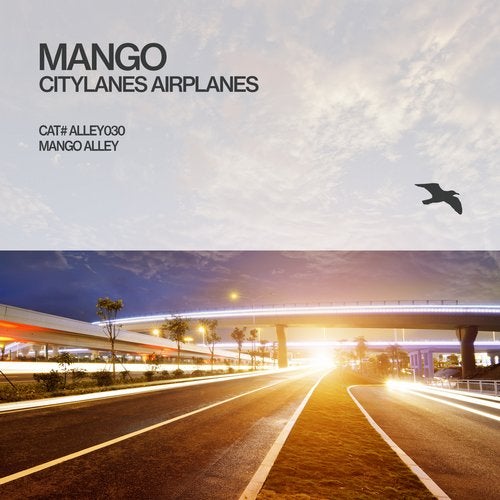 Born in the Ukrainian coastal town of Sevastapol, Muscovite, Alex Golovanov has had a huge impact on the modern progressive house scene under his Mango production guise, now culminating in the full-length album, "Citylanes Airplanes".

Since his first work for Morphosis in 2007, the "Kisses" EP gave an insight into the beautiful melodic refrains that would become a hallmark of the 'Mango sound' and subsequently lead to over 200 Beatport production credits. Since then, a close and fruitful relationship with Silk Digital has led to a plethora of releases that originally formed the inspiration for the label's very existence. Alex's work as AandR head for a 5-year period confirmed his close relationship with the Silk Family and the recent "Mango 01" compilation pays further tribute to his work.

The Mango sound has also become an integral component of the Proton catalogue and 2012's "Chasing Birds" EP gave Alex an opportunity to blend his talents with a love of Japanese rock music and the hugely successful "Starboard" rock group. With goliaths, Armada, Ministry of Sound and VANDIT also taking notice of his skilled productions, Mango has been as successful as he has prolific.

Turning his attention to his own Mango Alleys label, with its own unique brand of classic progressive house and a portfolio of high-profile artists and high-class output, Alex Golovanov has reached what he deems a "milestone not only for me but also for Mango Alleys". After a significant rebranding exercise, Alex is proud to announce its first release in the shape of his very own full-length album. The zenith of six years of skill, life experience and technical know-how, "Citylanes Airplanes" is the final act of an artist reaching the pinnacle of a career in music production.

Taking his characteristic sound as an ignition point, listeners can expect nothing less than a joyous explosion of classic chord-based progressive house, downtempo and ambient electronica. The common thread? Mango's unique and innovative sound design, immaculate sense of rhythm and unrivalled compositional expertise. Drawing influence from all aspects of his life and the cultural aspects of art and photography, bustling cosmopolitan city centres and towering skyscrapers, juxtaposed against charcoal grey skylines, form inspiration in parallel to crystal blue stratospheres dotted with scudding clouds across mountain dominated horizons. Mango is able to conjure up such images through a series of sublime musical vignettes where listeners find themselves on an unrushed journey across an ever-evolving landscape of musical styles, reflected in gradually changing vistas of vibrantly coloured suburbia, sepia tinged golden sunsets, rolling hills and sweeping lines of fauna. All these images help provide an audio-visual analogy for the music found within "Citylanes Airplanes"; a feedback loop resulting in a kaleidoscopic synaesthesia from the surrounding stereo soundstage.

Mango's final act is a tribute beyond the traditional confines of 'electronic dance music'. "Citylanes Airplanes" is a work unbounded by constraints, reflecting the world around us in all its colourful uniqueness and distilled into the very essence that has become the Mango trademark sound.