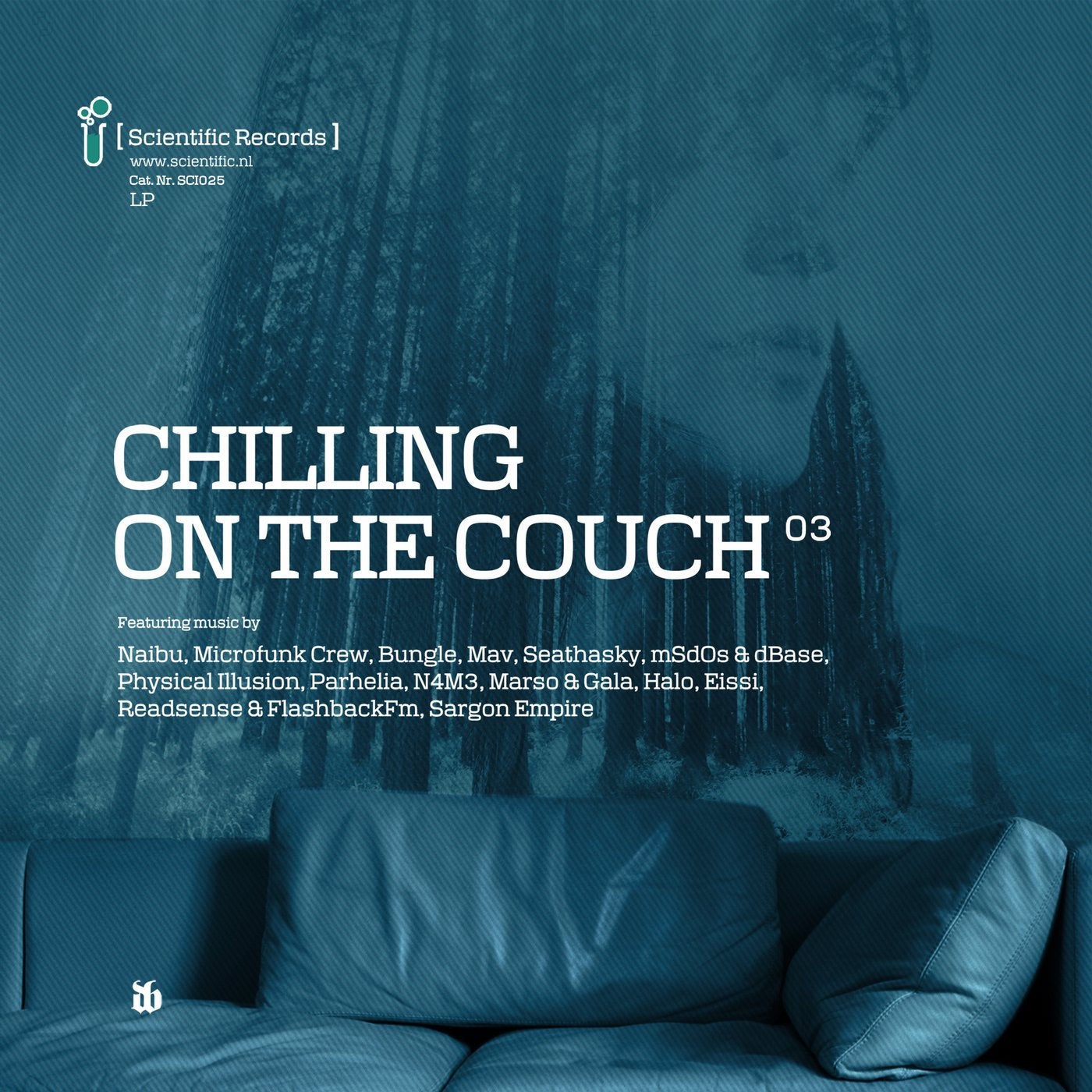 The 25th release on Scientific is the third part of the ?Chilling on the Couch? series, which stands for deep, atmospheric, experimental music around the 170bpm mark.
This time Scientific brings you 15 chilled out tracks, starting with some tunes that have an experimental, deep drum&bass vibe to them, such as Microfunk Crew (Bop & Oak)'s remix of Naibu's ?Fighting for Attention? track that was released on Naibu's ?Case Study LP?, another release on Scientific. Mav's ?From here to Eternity?, for which he teamed up with newcomer Sargon Empire, as well as Brazil's legendary Bungle with his tune ?Concession?, Parhelia's ?Life for Saturn?, Eissi's ?Star?, both Marso & Gala's ?Attraction? and ?Untruth? and mSdoS & dBase's collab ?Greek Oracles? are other great examples of this.
The other half of the album edges more towards a combination of soothing ambient music, downtempo/triphop vibes and here and there some deep dubstep (deepstep/chillstep) influences. You will hear this in Halo's 2 tracks ?A few days without Darkness? and ?E X I T? that have a bit of a Massive Attack kind of vibe, but also in Physical Illusion's ?Ascent to Orbit?, Readsense & FlashbackFM's ?Take me way?, Parhelia's ?Over a fields of Light? and Seathasky's ?Beauty made in Small Pieces?.
All in all, this album is a pure trip, perfect for those that like to explore the deep realms of space. We hope you like it!

Chilling on the Couch .03 LP