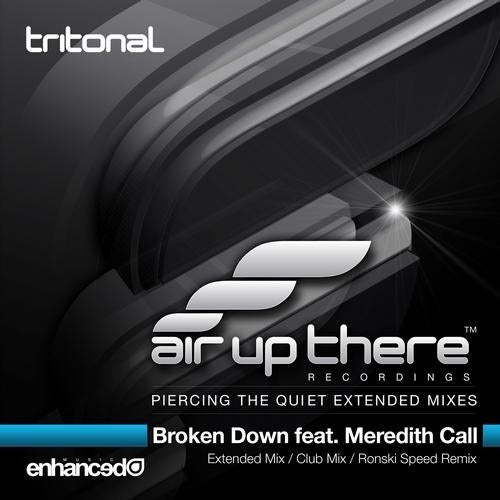 With their album landing in May, Tritonal definitely hit the ground running with the first single 'Lifted' hitting the number one spot on Beatport.

The second release taken from their debut long-player is Broken Down, featuring the fantastic vocals of Winter Kills songstress Meredith Call.

Yet another stand out vocal track from Tritonal, Meredith's superb delivery is matched by the guys flawless production skills, as shown on their Extended Original Mix and floor ready Club Mix which between them have already chalked up radio support from Armin van Buuren, Above & Beyond and Ferry Corsten.

One of Germany's most prodigious trance producers of the past decade, Ronski Speed delivers once again with a mix as tough as it is uplifting, which when added to the Extended and Club Mixes makes this another huge release from Tritonal.

Further remixes coming in Part Two from Shogun, Will Holland and Randy Boyer.