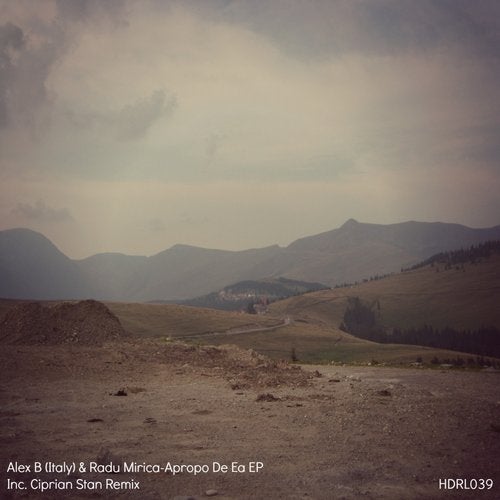 Radu Mirica , is a young dj/producer from Bucharest - Romania.As a child he was spending most of his time listening to electronic music , shows on the radio and watching tv on tv music channels. His dj career started at the age of fifteen years when for the first time he had an official gig. In time , he acumulated experience and a year later he starts the production of music. Receiving a lot of great feedback from the international music world (artists like: Marco Carola, Richie Hawtin, Luciano and many more), Radu is determined to present us more releases, projects & mixes this year.Alex Battista also know as Alex B (Italy, 1989) took his first steps inside the music world playing as dj in a monthly local event called "Francoforte", where he had the opportunity to share the stage with ermegent djs like him and improve himself collecting many influences from all kind of club music. After a largely series of collaboration with the affermated dj duos Nice 7, Alex B moved himself into the musical production making a lot of tracks leaded by his personal influences and a straight opposition from the music mainstream. He loves to mix classical sounds with modern and repetitive loops creating a new dimension made by the fusion of cities like Ibiza, Berlin and Detroit. During his career Alex recived positive feedbacks from international djs like Re-Up, Smoke Sykes, Leon, UGHL, David Gtronic,Neverdogs,Stacey Pullen,Paco osuna,Riche hatwin,NiCe7,Larry Peters.
Inc. Ciprian Stan Remix ....Enjoy,support artists and download tracks.