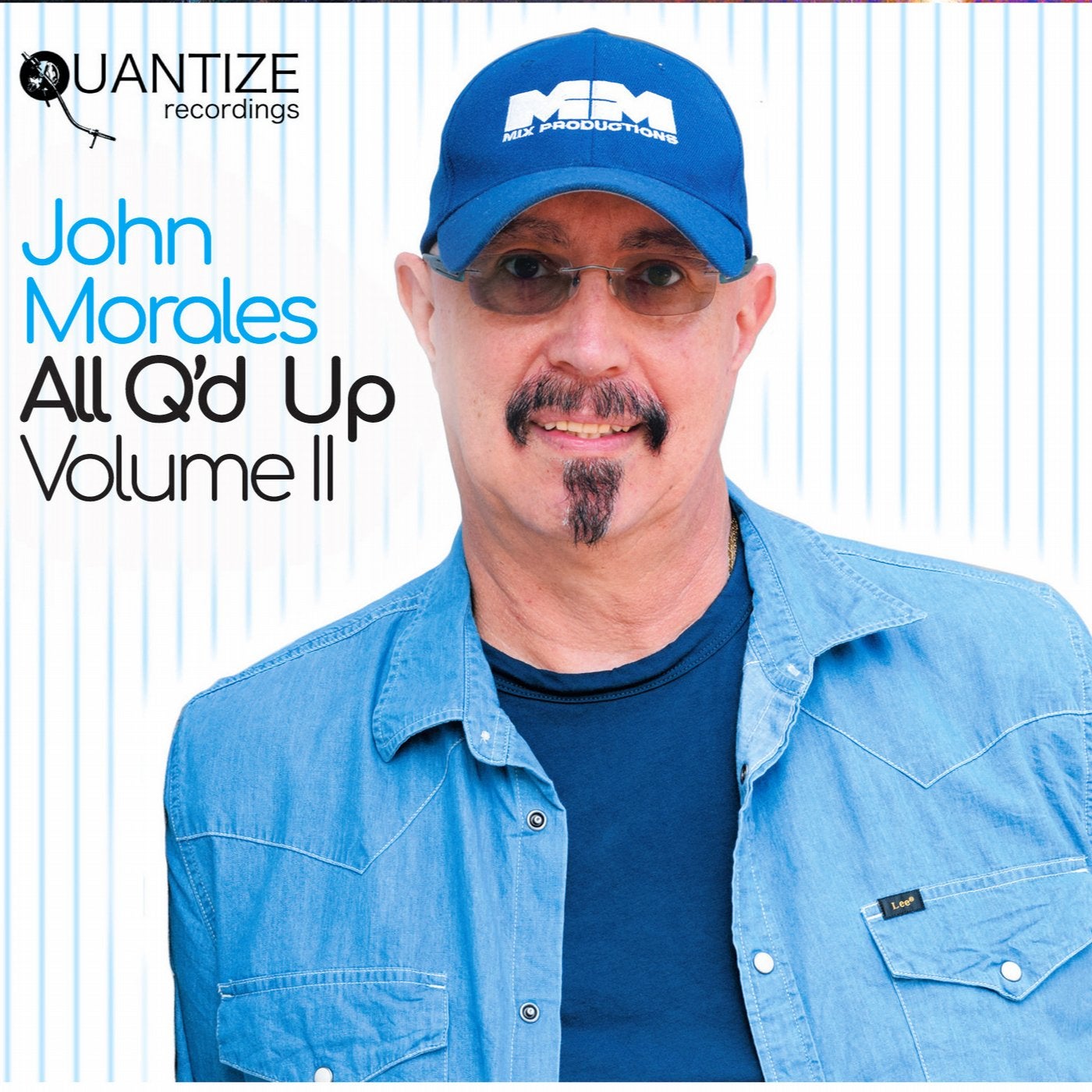 With a massively impressive music production career that span's over 40 years, there's a pretty good chance you've heard a John Morales (M+M) production or remix in a club or on the airwaves. The hugely respected Nuyorican producer reveals the 2nd edition of his 'All Q'd Up' compilation series on Quantize Recordings, boasting a glittering selection of his own original productions and remixes. The album features 3 stunning new cover versions from John; the Terry Wells classic 'I'm Giving All My Love' with UK soulstress Natasha Watts, which will be released as his next single with remixes; Jean Carne's Disco gem, 'Was That All It Was' with Thommy Davis ft. Richard Burton; and a collaboration with DJ Spen as Spencer Morales on Tina Marie's 'I Need Your Lovin'. Also on the package is a selection of wonderful soulful and disco M+M remixes of tracks from SEL & Gary Hudgins, Sebas Ramis & Tutsi Girl PLayhouse, Ronnie Herel & Brian Power, Soulista, ReelSoul, Tasha LaRae & DJ Spen, and a show-stopping rework featuring Susu Bobien vs Loleatta Holloway of the giant Disco anthem 'Love Sensation'.

?On 'All Q'd Up Vol II', I wanted to put together something to make you dance from beginning to end and I feel I accomplished that, so get up and dance!? - John Morales

New York's John Morales (of M+M productions fame) is one of the most recognized names in dance music history as a Remixer/Producer/Dj. Mixing and producing some of the biggest dance music tracks of all time, as well as DJ'ing at some of the most famous and prestigious venues in the world, John Morales has become one of the most in demand and respected Dj's. His musical portfolio includes a plethora of works for the likes of Barry White, Teena Marie, James Brown, Marvin Gaye, Teddy Pendergrass, Jocelyn Brown, Shakatak, Miami Sound Machine, The Temptations, Tina Turner, The Rolling Stones, Aretha Franklin, Shalamar, Hall & Oates, Candi Staton, Melba Moore, Rose Royce and so many more. As a DJ, John has toured Australia, New Zealand and various other countries around the world, this year performing at numerous prestigious events including at Glitterbox at Hi, Ibiza and Ministry Of Sound, London, alongside various festivals Including Defected Croatia, Suncebeat, Southport Weekender and 51st State in London, to name a few. 2018 was capped with the eagerly anticipated and successful release of 'M+M Mix's Vol IV' and John's production release schedule will be extensive for 2019, shaping up to be a very exciting year for the M+M family!

5. John Morales & Thommy Davis ft. Richard Burton ?Was That All It Was? (John Morales M+M Mix)