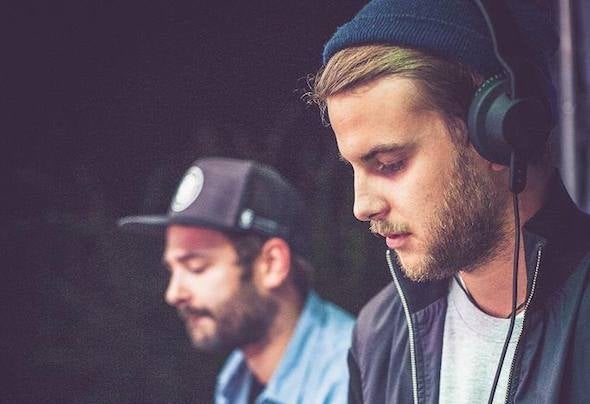 Dominik and Sven, better known as Uff Légère have been ruling the Darmstadt party scene for quite some time. In their first year the charismatic duo already convinced as residents of "magenta lounge“ and were able to gainsucces snext to the likes of DJs such as Dapayk , Christian Burkhardt, AkaAka , Pan-Pot and Skai. T hus they were able to establish their name quickly in the local scene. With their event series Techattack, the two slipped into the organizer role shorty afterwards, and proved that DJing was only one part of their repertoire. Monthly Events, changing venues , good vibes and an energetic sound convinced the guests again and again . By now their parties are legendary and an indispensable part of Darmstadts nightlife. Besides their vibrant participation in local the clubscene, the guys know how win fans online as well. Their sets and tracks brought them countless clicks on Soundcloud and Facebook. Their first track edit to Lamants Mount Moriah brought thousands of clicks and even found recognition by the creator himself. So it was no surprise when Berlin-based label owner and producer Marlon Hoffstadt became aware of them at a party and helped Uff Légère to roll out their first label release on Well Done! Music. But there is no time for rest, which is why their current project is destined to tie on previous successes.With their new event series "Keep it Deep" Sven and Dominik are repeatedly going new ways to expand the Darmstadt nightlife with another facet. Grooving Deep House, nationally established artists and of course Uff Légère themselves take the party guests on a journey to the roots of House Music.What the future is holding for the two is still written in the stars, but one thing is certain : They are in it for the long run!so who opens the door even if its closed? UFF LÉGÈRE