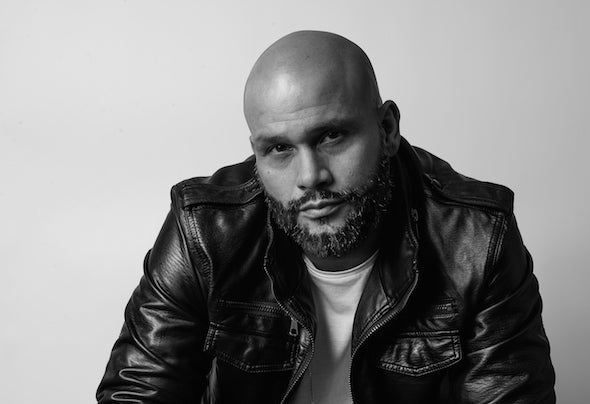 Joshua Hill is a quiet storm, Progressive Tribal DJ / Producer and Top Line writer - he has been steadily racking up releases to the acclaim of some of the most reputable DJs in the world. A gentle musical giant, Joshua p/k/a THRILL may seem like the someone that should be tackling people on a football field never mind behind the decks or board...but looks can be deceiving. The 36 year old Texan moved to Los Angeles in his 20s to pursue his musical career and that decision has been rewarded with 6 consecutive Beatport Top Ten hits, a Beatport #1 for his tribal classic Where Is The Love?, and most recently a continuation of critically acclaimed support for his latest release, My House Is House. THRILL has also just been selected as an official remixer for Madonna’s latest single, Living For Love, an honor that very well could be career defining.Featured on Sirius XM, BBC Radio 1 and Dancing Astronaut, THRILL's music is supported by Armin Van Buuren, Hardwell, Afrojack, Robbie Rivera, Moguai, Roger Sanchez, Nic Fanciulli, Henry Fong, Blasterjaxx, Daddy’s Groove, Tritonal, Quintino and many others. It was only fitting that during his own time of transition he co-founded the record label Migrate Or Starve, a philosophy he identifies within the music business.THRILL's sound is bold and layered. There is a purpose and promise he delivers to his audience of quality and care. Whether it is the injection of organic instrumentation in his electronic productions or his own vocals on a track, THRILL is an infectious throwback to the global dance scene.Be it the combination of live samba drums or the fever of a Spanish guitar paired with four on the floor beats, THRILL brings something unexpected and special about each production. This magnanimous sound pours over into his DJ sets as well, where the audiences can feel their pulses quicken as he layers thunderous drum upon drum on them.