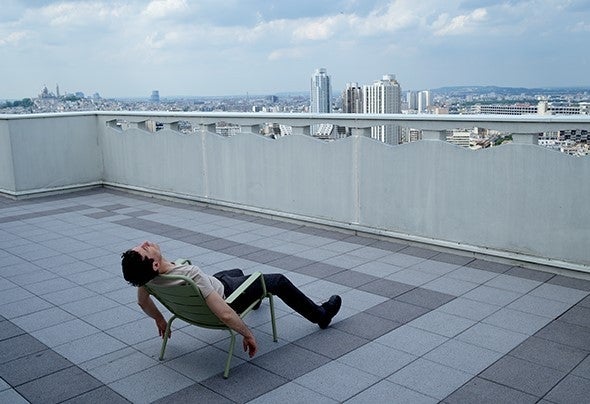 The Micronauts is the leftfield techno and acid house project of producer and DJ Christophe Monier. A French electronic music pioneer with more than 20 years’ experience, Monier started The Micronauts in 1995, initially as a duo before it became a solo project in 2000. The Micronauts’ debut single “Get Funky Get Down” was accompanied with a Daft Punk’s remix – the first the famous duo had ever made – and set the stage for an extraordinary string of releases including The Chemical Brothers’ favourite “The Jazz” and a remix of Orchestral Manoeuvres In The Dark’s synthpop classic “Electricity”. In 1999, The Micronauts released single “The Jag” along with a video filmed in Los Angeles by cult director Gregg Araki who later used this song in the soundtrack for his movie “Splendor”. “The Jag” was named by NME as one of their top 50 singles of the year, with NME also naming The Micronauts remix of Underworld’s “Bruce Lee” as the third best remix of the year. 2018 saw the release of the album “Head Control Body Control” – The Micronauts’ third and the first for more than a decade since 2007’s “Damaging Consent” – and of lead single “Acid Party” – a 9-minute, mind-bending voyage through The Micronauts’ singular take on techno that was awarded the accolade of Mixmag’s Tune of the Month in August. Ranging from leftfield techno and acid to house, bass, electronica and indie dance, “Head Control Body Control” is an extraordinarily rich and diverse record; one that reveals fresh nuances and sonic delights with every visit. It is a truly stunning achievement, and one that will surely stand among the best electronic album releases of the year.