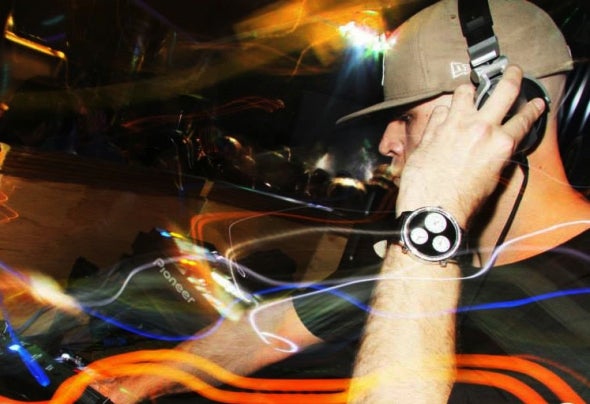 Riki Inocente: Underground house producer, re mixer and DJ hailing from London, England. Dedication and passion for house music drew the attention from classy French label Robsoul, which led to his track 'Soultrain' being signed. On the back of this, 2011 saw Riki bill up alongside Hector Moralez, Chris Simmonds, and Jordan Peak for a WE THE BRAND Showcase event held in Shoreditch, London. 2012 was the catalyst year for Riki when he was introduced to House Legend DJ Sneak who then released 'We Iz Underground' which was a record produced by Riki and Darren Roach, under the alias of Bluntz and Roachez. It was then released on Sneaks flagship label; Magnetic with remixes from Hector Moralez and label boss DJ Sneak. Later that year they were asked to do a remix of one of Sneaks original cuts 'Bodytalkin', a project, which he released on Sneak Classics. In 2013, Riki put together a Gangstercast for Sneak, a Podcast series with a concept for true underground house music lovers, which confirmed his credentials as he got the call to play along side Sneak, D'Julz, Hector Moralez, Chris Carrier and Jordan Peak at the I'M A HOUSE GANGSTER parties. As Riki says, "2013 was the most defining year of my life", which saw music Hook-Ups with House Salad Crew, (Mexico), Chicago House FM, (USA) the Ugly House boys, (London, UK). Casting an eye on 2014, Riki Inocente embarks on the next phase of his journey, already we have seen him drop a podcast for L*ghtworks, (UK), Hawt Music (LA), and has played for Freak Freely Parties (AMW). His latest releases see him dropping cuts for, Italian Label, Beagle Traxx, O.X.O Recordings (Switzerland), Gangstarz label (Bulgaria), Leeds (UK) based, Odour Recordings and has done remixes for Doin Work Records (USA) and Dirty by Design Recordings (UK).