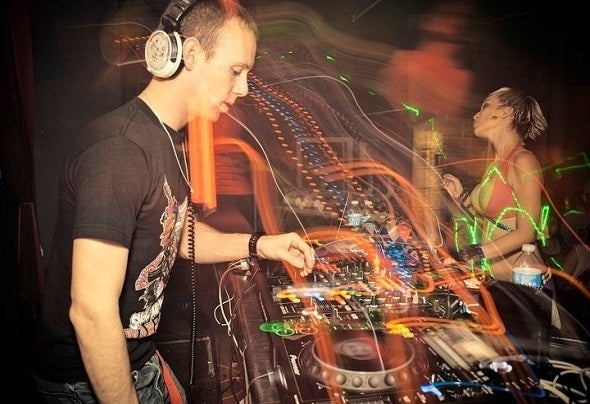 Chicago born and raised, Richie August has been making beats and laying tracks for well over a decade, first as a hip hop artist and producer, and then working in drum and bass. It wasn’t until he was introduced to dubstep in 2008, and then a chance meeting with Claw in 2009, that things really started to take off for August. Since then, August has been nonstop in the lab, releasing nearly fifty tracks as a solo artist in 2009 on labels such as Betamorph, Stupid Fly, Filthy Digital, Trillbass Digital, Bass Punch, and Shift Recordings. As a performer, August has been in demand, as recent appearances at SMOG (LA) and legendary appearances at Chicago’s famed Smart bar have fans taking notice of his big-room, dynamic, aggressive style. August also moonlights as one half of Hulk, his collaboration with Claw. The duo’s been responsible for some of the biggest bootleg tunes of the last few years, including their smash remix of Jay-Z’s Empire State of Mind, as well as many original productions and remixes on labels like Potty Mouth and Tuff Love Dubs. Their shared label, Brotown Records, has jocks chomping at the bit to get their hands on the label’s forthcoming tunes, with artists like Vaski,Druley, Mark Instinct, and Symbl slated to release on the label later this year. It’s been a meteoric rise to notoriety for August. Seemingly coming out of nowhere, he’s released on some the biggest labels and has been responsible for some of the most well known tunes of the last couple years. With many tunes out thus far, and so much material coming from so many sources on the way, August is sure to keep fans guessing, and satisfied, for years to come.