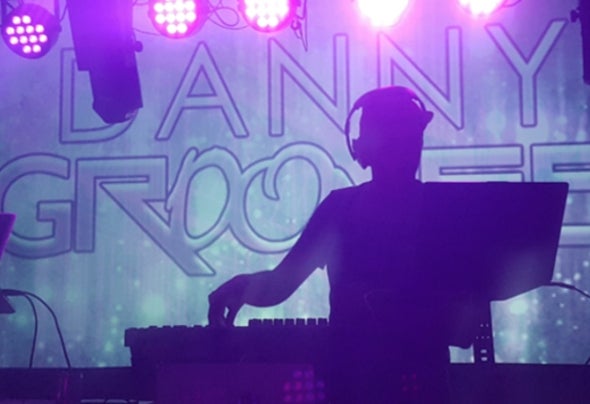 Among the most eclectic tastes in music, with original flavor covering genres such as trap, hip hop, glitch, break beat, funk, soul, and everything in between; DG is a pop culture roller-coaster ride of hard-hitting beats, familiar samples, and skillful effects damaging songs from the fifties all the way to today.With 14 years of music production experience, Danny Grooves has battled in competition, of both producers and deejays to prove that his artistry is unparalleled in style and uniqueness.DG has warmed the crowd for many of the top names in the industry including The Cool Kids, Blueprint, Mac Lethal, EOTO, Crizzly, Wick-it the Instigator, Megalodon, Bukez Finezt & many more.Danny Grooves is credited as the producer for 2 tracks ("Supernova" & "Weekly Wage") from Mac Lethal's 2016 LP 'Congratulations' and is recently often called Mac's "go-to beatsmith"